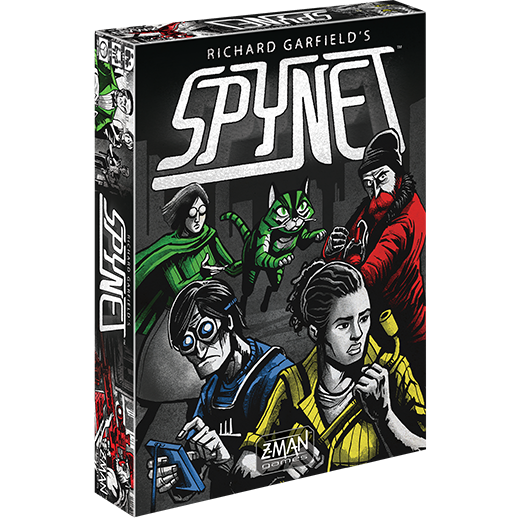 Your mission begins now. It’s up to you to recruit the best agents to your side and use them to complete vital objectives. But be warned. Other agencies are operating in your area. You need to gather as much intelligence as you can to disrupt their plans — and keep them from disrupting yours. Z-Man Games is happy to announce that Richard Garfield’s SpyNet is now available!

For Your Eyes Only

SpyNet is a thrilling card game that invites two to four players into the shadowy world of undercover intelligence. Become a spymaster of your own agency by strategically recruiting and deploying agents to the field. Agents boost your power in the four branches of espionage and only when you have the most power in a branch can you play a mission card from that branch to score points. 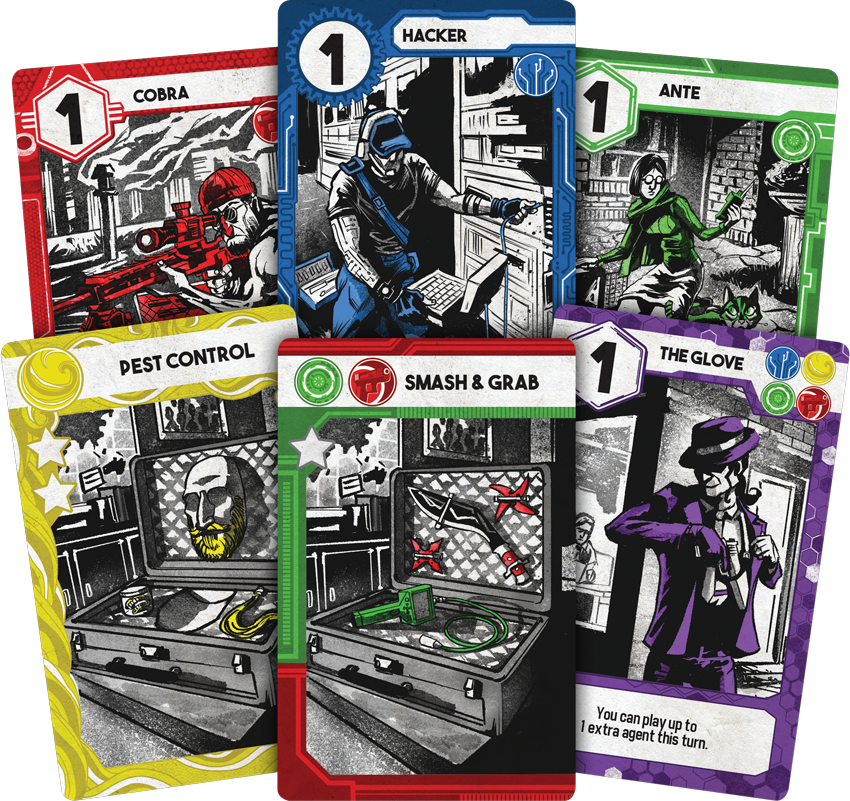 Each game of SpyNet, then, is a covert fight for supremacy, with rival spymasters gathering information and agents, then strategically deploying them to score as many points as they can. Spymasters gain valuable intelligence by looking through piles of facedown cards when recruiting, giving them an insight into the cards their opponents might draw. The best spymasters use this information hide their true intentions while outmaneuvering their competition.

Nobody Does It Better

A modern spy agency is about more than just agents in the field. Spymasters need computer experts, security engineers, and more to be effective. Beyond the standard agents, players can also recruit special agents to their cause. Each of these highly trained agents have a special effect that can be used when they are deployed. These effects can dramatically alter the course of a game, making special agents a force to be reckoned with. 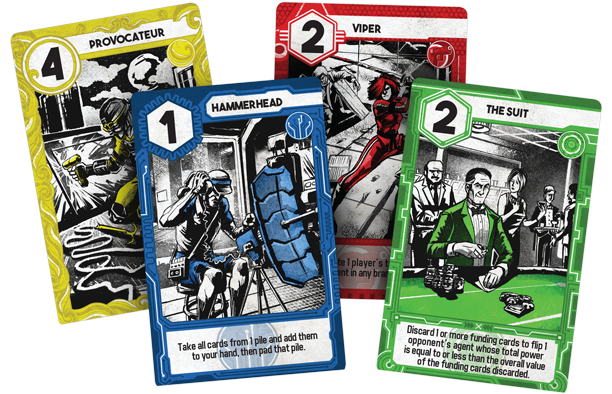 Navigating the world of undercover intelligence can be tricky. It always helps to have a partner you can trust to help cut through the deception. When playing SpyNet with four players, the game takes on an additional layer of intrigue as players are divided into teams of two. Players on the same team can pass cards across the table to one another when they deploy agents, providing a subtle indication of what direction to take.

Welcome to the Shadows

Stealth operations are underway. In this world, power belongs to those with the most information. Gather your agents and collect the intelligence you need in SpyNet, available now!