Announcing the Tea & Trade Expansion for Fields of Arle

Welcome back to East Frisia! 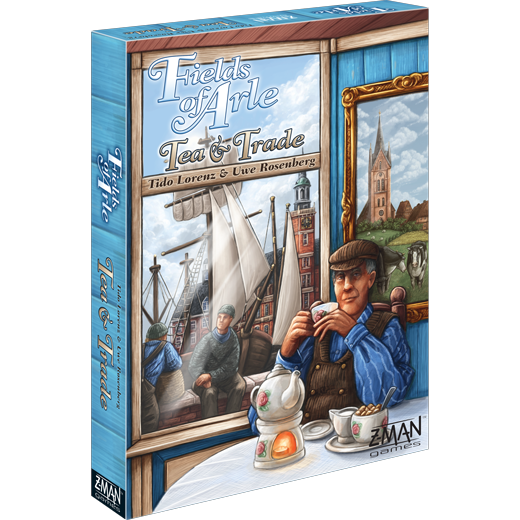 It’s always tea time in East Frisia. No one in the world drinks as much tea as the people of this small German region bordering the North Sea. Tea is so popular in the region that the locals have defied the efforts of rulers who have tried to replace it with local beverages like beer.

Soon you’ll be able to bring the national beverage of East Frisia to your games of Fields of Arle. Z-Man Games is happy to announce the Tea & Trade expansion for the Uwe Rosenberg game of working the land in Northern Germany! 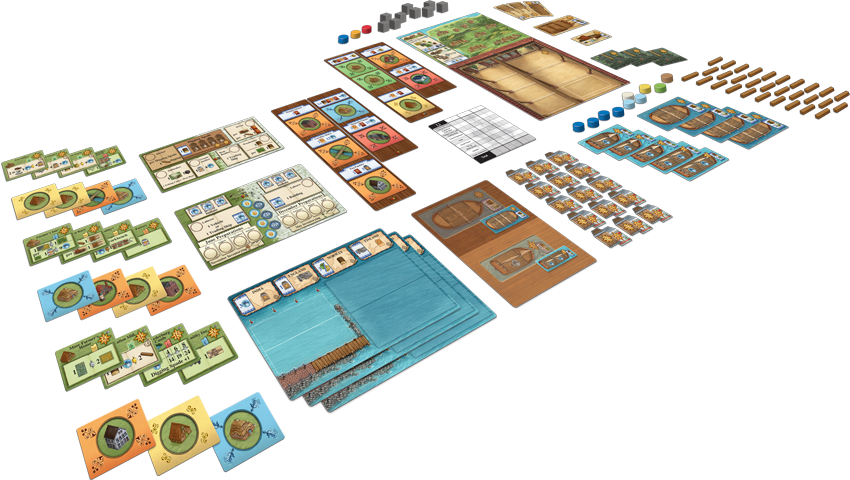 Return to this idyllic countryside and use tea to energize your workers and prepare them for the hard work ahead. With Tea & Trade, you can add all new features to your farmstead that help you maximize your yields.

Outside the farm, ships pull into port, letting you trade with faraway places or head out onto the seas to catch fish. Finally, Tea & Trade allows a third player to try their hand at working the land. When taken together, Tea & Trade includes everything you need to become a true 19th century farming magnate!

In East Frisia, tradition requires that guests be served at least three cups of tea, and it is expected they drink as much. The tea is usually a mixture of mostly strong varieties black Assam from India and is commonly served with a “kluntje,” a roughly die-sized sugar block that slowly dissolves over several cups of tea.

Reflecting tea’s importance to East Frisian culture and its invigorating properties, tea is a new upgradeable resource in Tea & Trade that can be used to improve the actions your workers take. The tea is so potent that, when you spend it, your workers can act as if their tools are farther up the tool track.

Similarly, East Frisian Tea also gives workers the energy to perform an action twice, helping you accomplish tasks even more quickly. You must use your tea wisely if you want to maximize your production each year.

It is thought that the tea East Frisians drink helps strengthen the body and mind during the constant hard work and with the new “Ditcher” action, you and your workers will need every drop. Digging ditches to dehydrate your land is hard work, but it has many benefits, of which the most immediate is making your land easier to plow.

Finally, digging ditches gives you another option for dehydrating moors and cutting peat. They may be difficult to dig, but ditches give you even more control over your land and, when used properly, can help you claim victory.

The Bounty of the Sea

When working the land becomes too much for you, Tea & Trade lets you take to the seas with the new Harbor Board. Both fishing cutters and trade ships dock in the harbor, giving you more chances to provide for your family.

Like other vehicles, fishing cutters and trade ships can be used to upgrade resources that are loaded onto them, but they also have special abilities that can be used for even more of an advantage. Leaving spaces on a fishing cutter empty lets the fishing boat do what it does best by providing you with more food.

Loading tea onto your fishing cutter updgrades it. Additionally, you will get one food during Inventorying for the empty space.

Trade ships, on the other hand, leave the waters off the East Frisian coast far behind. Traveling to faraway lands like England, Norway, and even India, returning with valuable resources. Send your ships far and wide and see what wondrous things they can find!

Life on a farm in East Frisia can be difficult. But a cup of energizing tea can fortify your body and prepare you for the day. Grab a cup and add even more variety to your games of Fields of Arle with the Tea & Trade expansion!