Preview the roles and objectives of Pandemic: Rising Tide 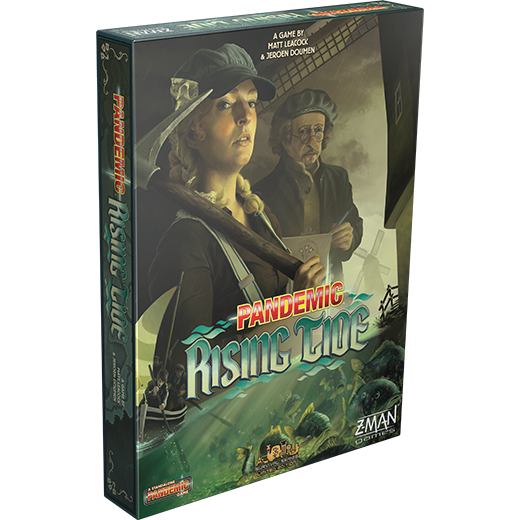 As it has expanded to encompass numerous spin-offs and standalone titles, the Pandemic series has become known for its strong cooperative gameplay tightly wound around a strong theme. Whether they are fighting real-world diseases in 19th century Spain or dealing with the minions of the Old Ones, players must work together in order to achieve their goals.

With the upcoming release of Pandemic: Rising Tide in December, the series heads to the Netherlands for an all-new challenge. In our announcement, we introduced you to the game’s basic concepts and goals. Today, we’re taking a more in-depth look at the game’s roles and the objectives of this unique take on Pandemic.

New Roles for a New Challenge

In the Netherlands, a complex system of dikes, canals, dams, and delta works provide much needed flood protection in a country where half of the land is less than a meter above sea level. These marvels of modern engineering actually shorten the Dutch coastline and, in places, create freshwater lakes out of what were once salt water inlets of the North Sea.

Constructing a system as large and complex as this requires a team of individuals with specialized skills. You need engineers to make plans, craftsmen and workers to build and operate the dikes and pumps, and managers to coordinate your efforts. In Pandemic: Rising Tide, you become a member of one such team, striving to modernize the Netherlands’ flood control systems. Like other games in the Pandemic series, you’ll take on a specific role and must use your special abilities to improve your team’s chances. 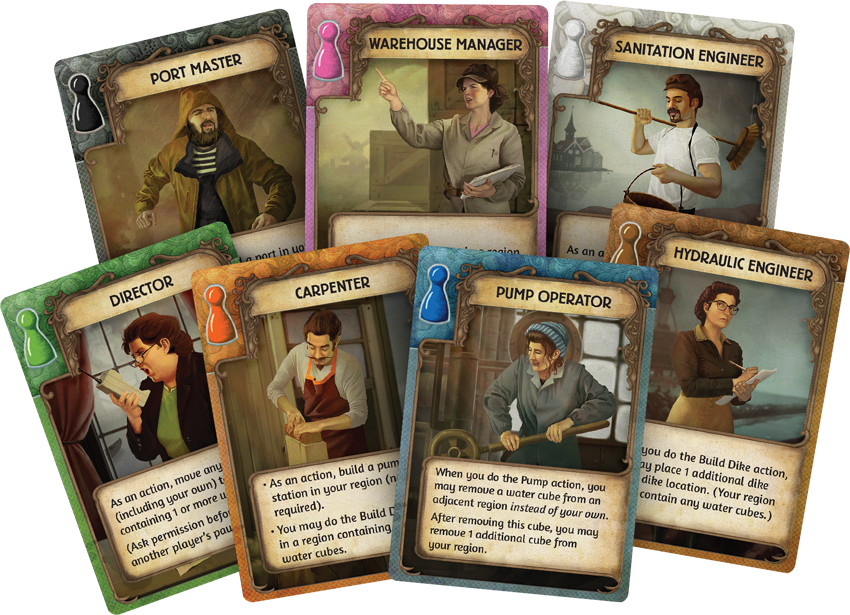 But with water replacing diseases, your team needs to be prepared for a new set of challenges. In Rising Tide, water cubes can quickly spill across the country, flowing from regions with many cubes to adjacent regions with fewer cubes. To deal with this threat, many characters’ abilities focus on the unique threat posed by water.

The Carpenter, for example, makes it easier and more economical to build pumping stations across the country. Once these are in place, you can use them to remove water cubes at the end of every player’s turn. On top of that, the Carpenter can also continue to build dikes in regions with water cubes. These abilities make them an invaluable member of the team who can both remove water cubes from the board and more readily influence the flow of water.

Where the Carpenter is focused on building the structures that eventually keep water out, the Pump Operator takes a more direct approach to water removal. Not only does this role allow you to remove water cubes from adjacent regions, the Pump Operator also lets you remove a cube from your region when you do. As the Pump Operator, then, you can keep large areas of the board dry, allowing the rest of your team to focus on its larger goals.

All in all, Pandemic: Rising Tide includes seven roles that could be included on your team, with each combination having its own strengths and weaknesses.

Although completing the four hydraulic structures featured in Pandemic: Rising Tide is certainly an impressive feat, your ultimate goal is to protect the Netherlands and its people from the rising sea. To this end, the game features twelve objective cards that shift your priorities for each game. These cards task you with completing various projects that help build the country’s flood defenses, from concentrating pumping stations in specific regions to completely draining water cubes from certain areas of the map. 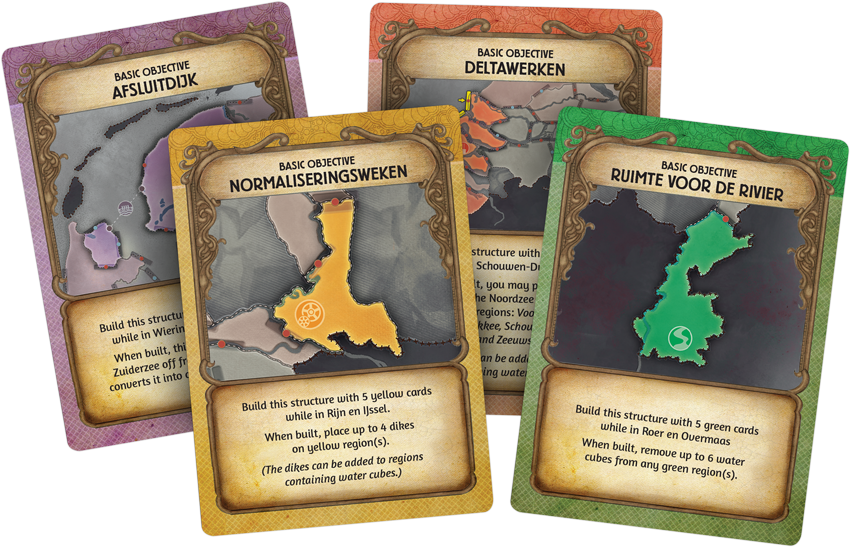 Beyond building structures or removing cubes, another type of objective adds entirely new components to the game. Population objective cards require you to have a certain number of population cubes in designated regions. To complete this goal, you must discard cards matching a region’s color to expand the population of that region. 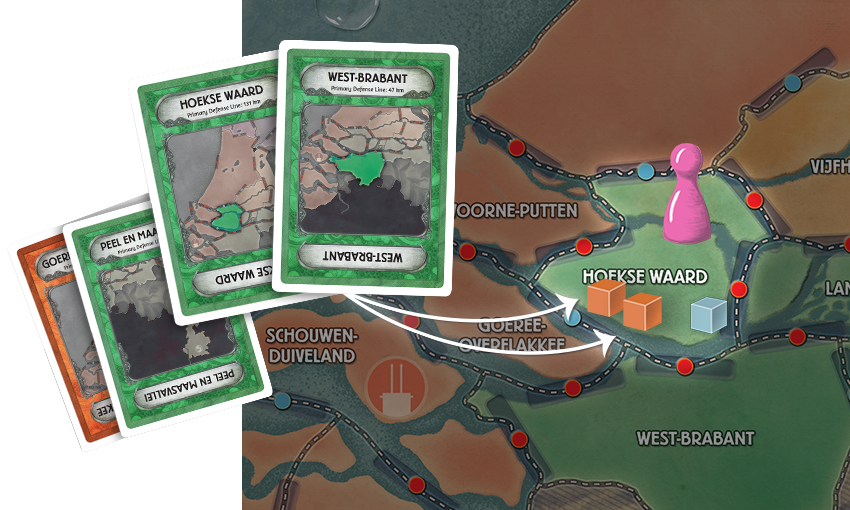 But, considering a region can only contain a total of three cubes (water plus population cubes), this is a risky proposition. Whenever a water cube is added to region that is full and has at least one population cube in it, the population cube is removed and the water takes its place. This means you must carefully choose when and where to place each population cube, or you run the risk of losing part of your population. Suffer too many losses and you’ll lose the game.

The number of objective and Storm cards you play with is ultimately up to you. With so many possible combinations, each game of Pandemic: Rising Tide is a unique challenge that will test your team’s abilities to the fullest.

The Dutch have a long history of dealing with encroaching water. For centuries, a long line of hydraulic engineers, sanitation workers, and port masters have created innovative flood protection systems. Join this tradition in Pandemic: Rising Tide, releasing concurrently with the Pandemic Survival World Championships in early December!

Pandemic: Rising Tide is still available for pre-order. Head to your local retailer to pre-order your copy today, or place your pre-order through Z-Man Games here. For every pre-order we receive through our website, we’ll donate $5 to hurricane relief efforts.