Majesty: For the Realm is on sale now 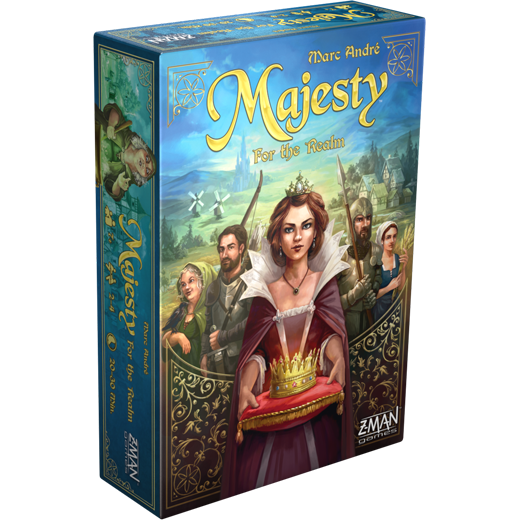 The competition for the crown has begun. Your rivals are already plotting ways to establish the wealthiest realm and claim the throne. But you know the best way to gain the power you seek is by enlisting the aid of your citizens. From the humble Miller to the elegant Noble, all of your loyal subjects will play a decisive role in your new kingdom. Rally the people and seize the crown. Majesty: For the Realm is available now!

From acclaimed designer Marc André, Majesty places you in a struggle for sovereignty during the middle ages. To win the crown, you must make use of the special skills your subjects bring with them to generate wealth and grow your kingdom. But rallying the people to your cause is no easy task. Your rivals constantly threaten to win over the best citizens before you can. You must adapt your strategy and outwit your opponents if you want to sit on the throne. 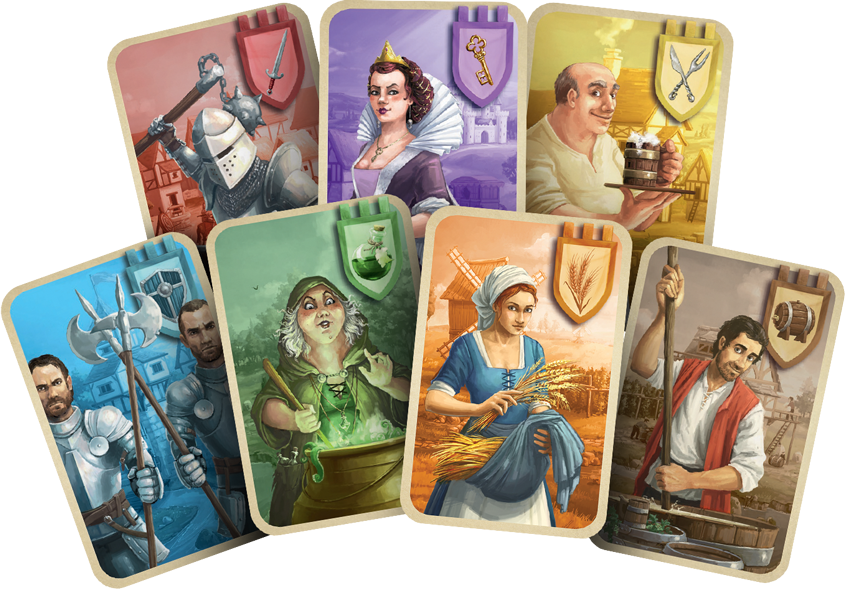 Over the course of the game, you select a character and add it to the matching location in your kingdom, unlocking that location’s special abilities. As you do, your realm will gradually take on a character of its own. Will you build a jovial kingdom filled with taverns and breweries? Or will you build your army and invade your opponents’ lands? Whoever can build the best group of citizens will win the day!

In Majesty: For the Realm, each of the citizens you select contributes to the realm in their own way. They might generate new wealth for your kingdom, attack other players, or even cause other players to gain points. Beyond their individual contributions, though, characters can also interact with the characters already on the table in some powerful combinations. 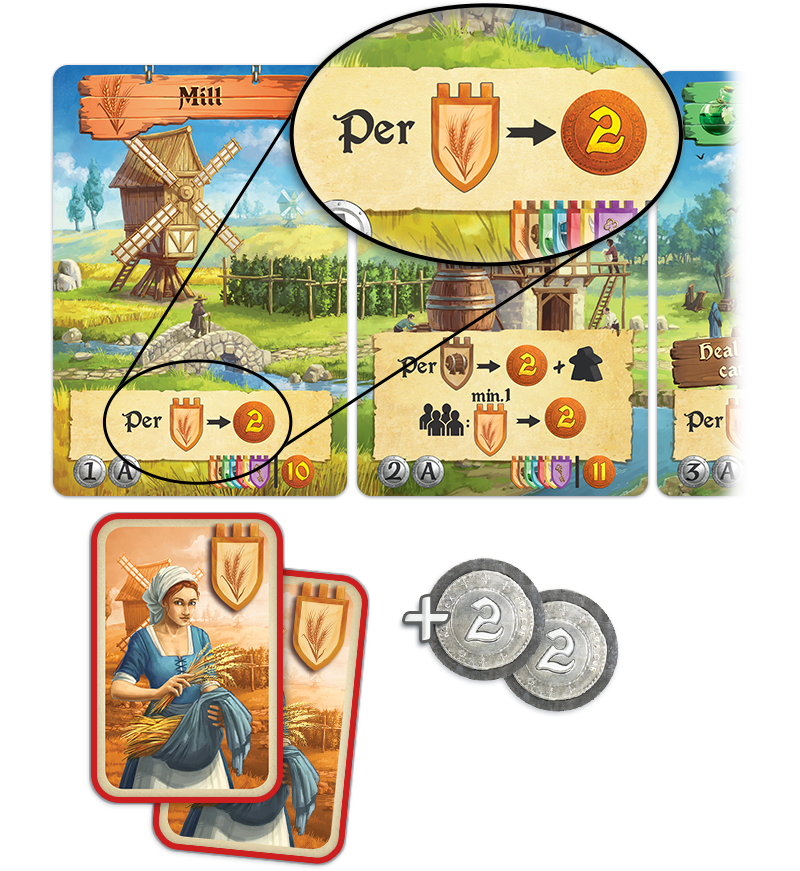 Adding a Miller to your kingdom, for example, earns you money for both the Miller you add and each Miller already in your kingdom. Constantly pursuing Millers, then, is an increasingly lucrative proposition. Beyond this, some characters work in harmony with others to create some powerful combinations. For example, Innkeepers generate wealth from other Innkeepers and any Brewers you have in your kingdom. Plan your strategy and choose your characters carefully to unlock their full potential.

The crown is available to whoever can prove their worth. Raise your banners and make your claim in Majesty: For the Realm, on sale now!

Don’t forget to review the game’s rules before beginning to build your kingdom. They are now available on the Majesty: For the Realm page of our website!