All Aboard: First Class is Coming to the US!

Launched in Europe to enthusiastic acclaim in 2016, Helmut Ohley’s First Class is steaming its way to the US. 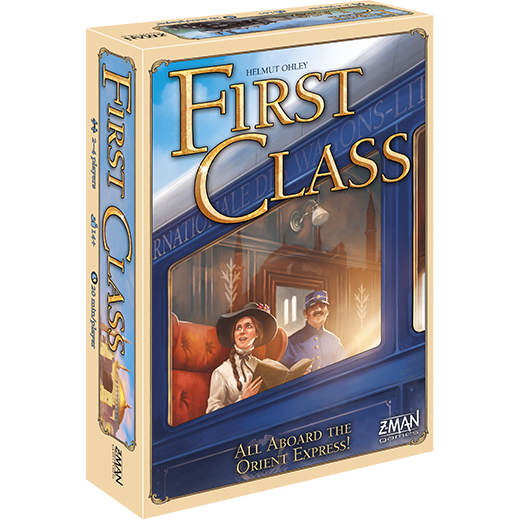 Launched in Europe to enthusiastic acclaim in 2016, Helmut Ohley’s First Class is steaming its way to the US. Step into the early days of the twentieth century, a time when rail is the preferred mode of transportation of the elite. Here, luxury lines scramble to accommodate the needs of business tycoons, diplomats, and even royalty. Now you can revisit this period and build your own luxury rail lines from the ground up. ​

In First Class, two to four players compete to each guide a pair of train lines from humble beginnings to a status rivaling that of even the fabled Orient Express. As they steam toward Constantinople, they’ll add cars to their trains, upgrade those cars to attract wealthier passengers, and maybe even solve a mystery or two. No matter what you choose, only a true railroad baron will accumulate the most points and win the game.

The Height of Luxury

While the ultimate goal is to create the most luxurious train lines possible, even the grandest of empires have humble beginnings. Players start with a single zero-point train car on each of their lines. From there, they select from a pool of eighteen action cards each round that allow them to develop their lines and score more points as they steam toward Constantinople. ​

First Class is a card game that includes aspects of board games, creating a unique and dynamic experience every time you play. Cards represent each train car and provide a visual representation of the growth of your empire as they extend away from your player board. Each car has a point value that can potentially add to your score, so adding and upgrading train cars is key to victory.

Just like real rail transportation, the best lines are those that operate efficiently. Since only a limited number of actions are available each round, cunning players can secure the best actions for themselves—while also blocking opponents from taking them.

You’ll need to properly manage your trains and their staff if you hope to be successful and gain the best bonuses each round. For example, even the most luxurious train cars in the world aren’t worth a thing if there’s no one around to operate them. Each train also has a conductor who moves through its cars by taking actions. Moving your conductors efficiently through your trains is essential for claiming victory, since only those cars that a conductor is on or has moved past are scored each phase. 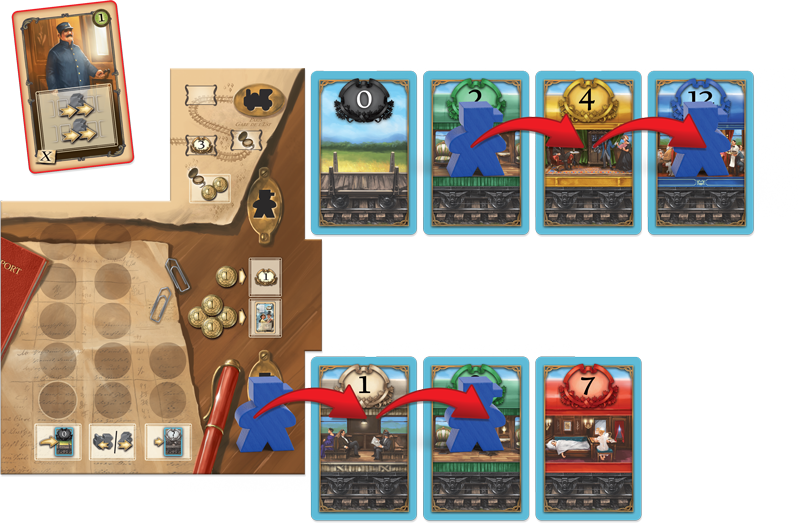 Likewise, a train isn’t any good if it doesn’t go anywhere. You gain bonus actions for each new stop you reach as your route expands toward Constantinople. The first player to make it to there is handsomely rewarded! With all the options available, it takes a keen eye and clever strategy to develop the most prestigious lines.    ​

Murder and Intrigue on Rails 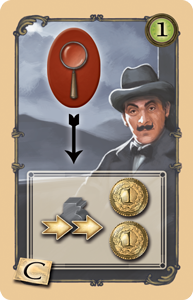 In addition to building your rail lines and managing your conductors, you’ll also have the opportunity to deal with customers. They aren’t always the easiest to deal with—and some can be downright unsavory! First Class also has five module decks, which add different types of passengers and new goals. Each time you play, you choose two of the five modules, then mix them in with the standard action cards. Each possible combination provides the opportunity for a unique strategy and approach.

The modules encourage further depth and thematic flair in every game of First Class. You could aim to fill contracts for lucrative bonuses, for example, or adapt to carrying celebrities and postcards on your trains. Or you could even get swept up in a murder mystery where one player takes on the role of a murderer trying to divert attention away from themselves. In fact, the murder mystery module injects hidden roles into the game, tasking players with uncovering the murderer—or avoiding detection. No matter which you choose, the modules add a new layer of interaction—and intrigue—to First Class.

On the Fast Track

Step into this world of romance on the rails where the most elite travel in luxuriously appointed train cars. Seize the opportunity to build a rail line that will go down in history.

First Class arrives in the US soon!