In December, Windrider Games merged with Z-Man Games following Asmodee’s acquisition of Z-Man parent company F2Z Entertainment. We recently sat down with Z-Man studio head Steven Kimball to discuss his path to leading the studio, what makes the studio tick, and get his thoughts on the future of Z-Man Games.

How did you become Z-Man’s Head of Studio?

It’s an exciting tale of epic proportions… but I’ll cut to the chase. I had been with FFG since 2010, and during that time I was fortunate enough to work on a slew of fantastic products alongside some of the industry’s best. Some highlights include working with Eric M. Lang on The Horned Rat Expansion for Chaos in the Old World (my first ever FFG project!), teaming up with Jay Little to create both Blood Bowl: Team Manager and Star Wars: X-Wing, and working with Corey Konieczka on Star Wars: Rebellion.

There’s one constant that is Z-Man’s great strength: diversity.

In May of 2015, as Corey and I were wrapping up Rebellion, Christian T. Petersen, CEO of Asmodee North America, approached me about spinning off a separate studio called Windrider Games. I seized the opportunity to run my own studio, which would focus on a different flavor of tabletop game than I had worked on at FFG.

I spent the better part of 2016 as Windrider’s Head of Studio. Near the end of that year, Asmodee acquired F2Z Entertainment and needed someone to pilot Z-Man. 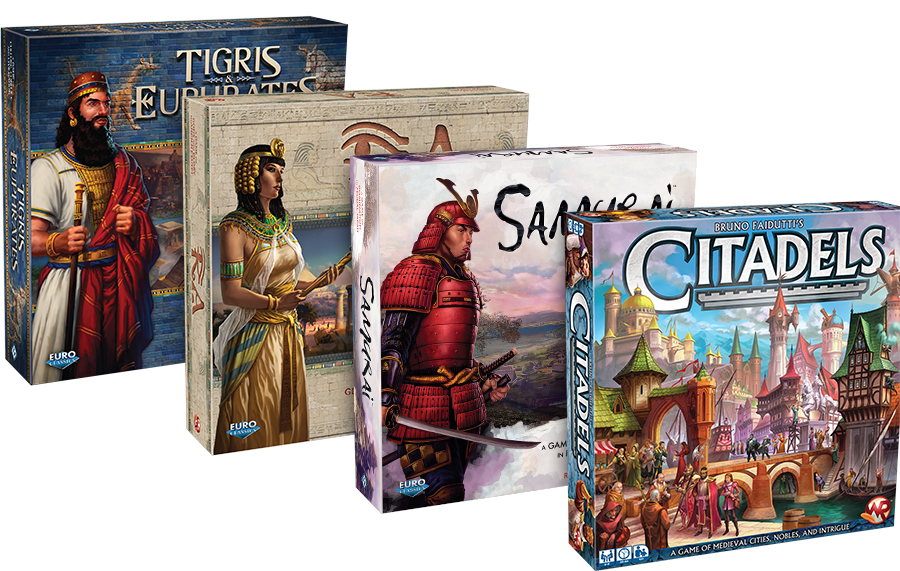 Since Windrider and Z-Man had overlapping genres and scope, merging the two entities made a lot of sense. When they offered me the post at Z-Man’s helm, naturally I jumped at the chance. With the Windrider/Z-Man merger, beloved classics like Citadels and Ra join Z-Man staples like Carcassonne and Stone Age. Brand new games that Windrider has been working on behind the scenes will join Pandemic Legacy: Season 2 and be released under the Z-Man brand.

In your view, what sets apart a game from Z-Man versus games published by other North American studios in the Asmodee Group?

Asmodee is keen on keeping a studio’s “DNA” intact, which allows each of us to coexist without crowding each other out. FFG, Plaid Hat, and Catan all do great stuff, but with their own flair and in their own way, and comparatively, Z-Man is markedly distinct from the rest of them.

There’s one constant that is Z-Man’s great strength: diversity. From great family games like Carcassonne to the optimization puzzles of heavyweight Euros like Terra Mystica, from the beloved series of card games to memorable Legacy narratives—Z-Man has always maintained an eclectic catalog. This variety will continue to be on display in the new Z-Man. 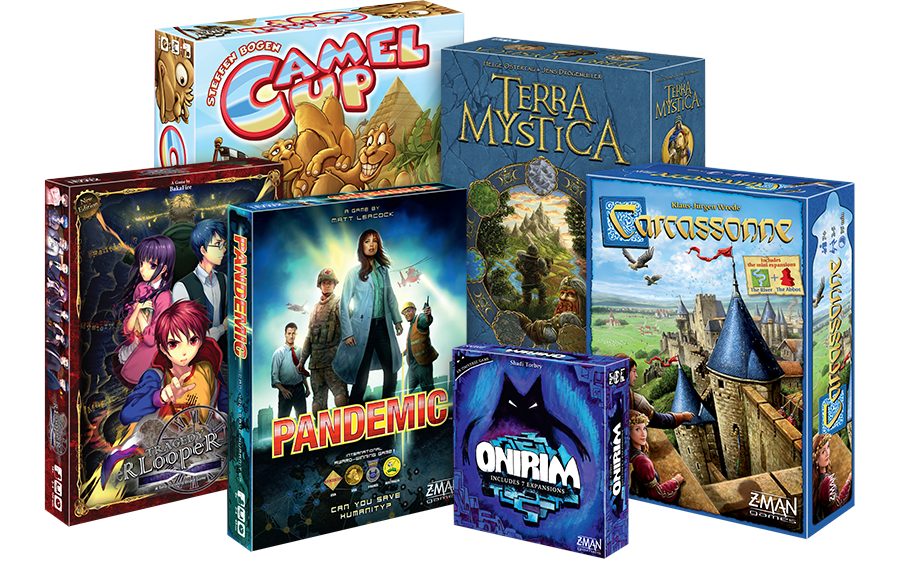 Can you tell us more about your future plans for Z-Man?

The Early Years were focused on founder Zev Schlasinger finding his fledgling company’s identity and financial footing. In addition to the re-issue of the Shadowfist CCG, we saw Saboteur and Fairy Tale, the beginnings of a storied line of small card games that would become a pillar of the Z-Man brand.

During the season of Rapid Growth, Zev made some critical business deals (Lookout Games’ Agricola) took risks for the sake of innovation (Matt Leacock’s Pandemic), and pursued the very best classic games available (Eric Goldberg’s Tales of the Arabian Nights). Ambitious titles like Merchants & Marauders, Earth Reborn, Ascending Empires, and Clash of Cultures all caught the industry’s attention during this period.

And now Z-Man embarks on a brand new era, in which I’m inheriting a solid foundation laid by Zev and Sophie. As Z-Man’s Head of Studio, I aim to exemplify the best aspects of both my predecessors: a keen eye for design innovation, attention to visual aesthetic, and top-notch components.

After F2Z purchased Z-Man in 2011, the studio expanded to encompass the titles being published by Filosofia, F2Z’s French-language brand. In addition to localizing foreign games like Carcassonne and Terra Mystica, Z-Man published many original titles of its own like Akrotiri and Arboretum. Under F2Z President Sophie Gravel’s leadership, Z-Man continued to improve its artistic presentation and production quality.

And now Z-Man embarks on a brand new era, in which I’m inheriting a solid foundation laid by Zev and Sophie. As Z-Man’s Head of Studio, I aim to exemplify the best aspects of both my predecessors: a keen eye for design innovation, attention to visual aesthetic, and top-notch components.

Speaking of this new era, we’re dying to experience the next installment of Pandemic Legacy. When will Season 2 come out?

This past Essen, I met with Matt Leacock and Rob Daviau to get up to speed on Pandemic Legacy. Matt actually gave me a pre-production copy of Season 2, which I played with my team—and it blew us away. Season 1 stands among my favorite gaming experiences of all time, and that was long before I knew about my future with Z-Man. 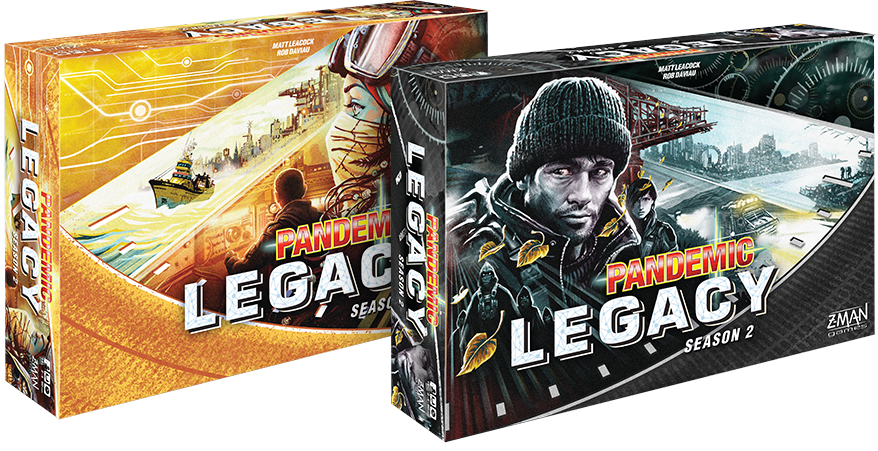 Although Season 1 set the bar high, I can honestly say that Season 2 shattered my own expectations. It’s a brand new ride in a familiar-but-whole-new way. So buckle up for another stellar, unforgettable gaming experience featuring some incredibly fun mechanical wrinkles and a very compelling narrative. It’s slated for a fall 2017 release, and soon we’ll start teasing out some new bits of info, including spoiler-free previews and designer diaries.

We look forward to adding new and exciting titles to the Z-Man library alongside classic games like Carcassonne and Pandemic. Stay tuned to our new website for the latest news on all our current and upcoming games, from Terra Mystica and Merchants & Marauders to Pandemic Legacy: Season 2!