The Circus is in Town

Step right up! Under the Big Top, the tenth expansion for modern classic Carcassonne, is available now! 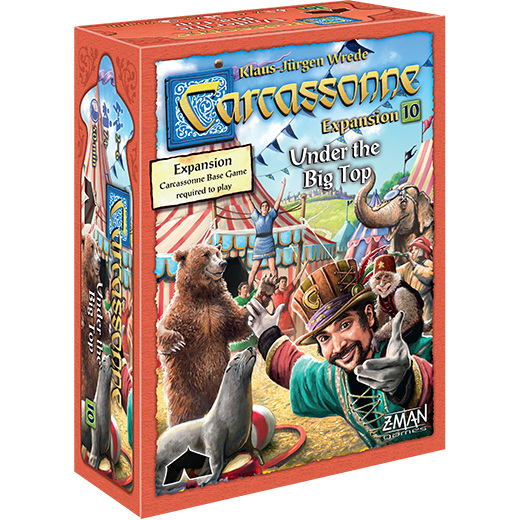 For days, the town has been abuzz with anticipation. Excited by the sounds of strange animals and the occasional fleeting glimpse of performers practicing their amazing stunts, a crowd has gathered to watch as the big red tent goes up in the town square.

In Under the Big Top, players enter a whole new world where exotic animals perform for awestruck crowds and acrobatic meeples climb to new heights. Once the big top goes up, the people come from miles away to take in the attractions. With twenty new land tiles and two new types of meeples, Under the Big Top adds thrilling new dimensions to your games of Carcassonne.

The circus is a major event that draws the attention of people from across the countryside. Accordingly, Under the Big Top rewards players who can draw as many meeples as they can to their attractions. This could mean big points, but it also means players must be willing to commit their meeples long term and have the patience to let things develop. Unlike many other Carcassonne tiles, the tiles in Under the Big Top are not scored when their features are completed but when another tile of the same type is played.

For example, the twelve Circus tiles grant points to meeples on the tile itself and the eight surrounding tiles. Each player scores points equal to the number of their meeples on these tiles, multiplied by the number on a facedown Animal token that was put on the tile when it was placed. But players must wait to score points from these tiles until another Circus tile is added.

Likewise, the Acrobat tiles offer similar risk and reward considerations. Meeples on these tiles like to put on a show, with three meeples combining to form a meeple pyramid. Each meeple you contribute to this pyramid is worth a hefty five points, but the only way to add a meeple to the pyramid after the first is to place a tile adjacent to the Acrobat tile.

The circus is made up of all sorts of performers, but only one is at the heart of everything. In Under the Big Top, the new ringmaster meeple becomes the center of attention. As the name suggests, these meeples perform the best when they are near Circus or Acrobat tiles. They can be placed in roads, cities, or monasteries just like regular meeples, but when it comes time to score those features, the ringmaster adds two bonus points for every Circus and Acrobat tile they are adjacent to. 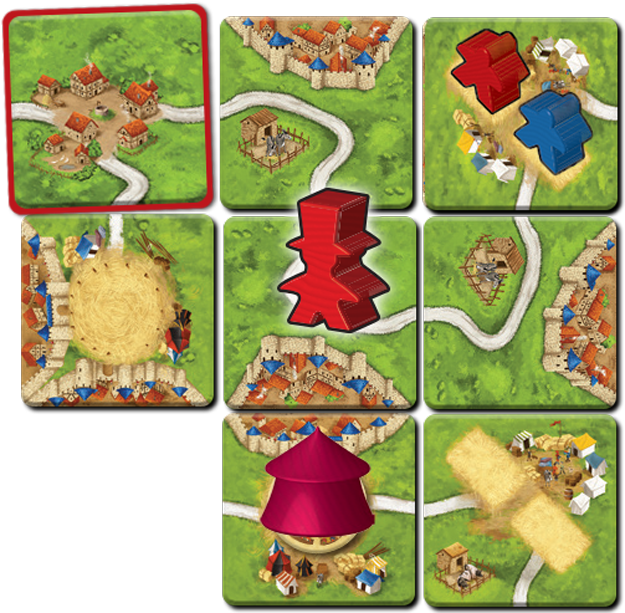 With these bonuses, a single ringmaster has the potential to become very valuable. They could simply be used as an additional meeple, scoring features like all the rest. But the ringmaster wants to be in the middle of all the action and you will be greatly rewarded if you can manage to surround yours with plenty of Circus and Acrobat tiles.

Now that the circus is open, a whole new chapter begins in Carcassonne. With its unique and valuable tiles, Under the Big Top provides a thrilling new experience that cannot be missed.

Step into a whole new world of wonder with the Under the Big Top expansion, available at your local retailer today!