Z-Man Games invites you to join us for the best four days in gaming! Gen Con 50 is right around the corner and if you’re planning to attend we want to see you at booth #1429. You’ll be able to demo a number of our upcoming titles and have the chance to get your hands on new games and expansions before anyone else. We’ll also have a full slate of events on tap for the convention, including the National Championships for Pandemic Survival and Carcassonne. The players in these tournaments are the best of the best and the winners win a trip to represent their country at the World Championships later this year.

On top of these tournaments, at our booth you can participate in a bevy of other competitive events, rub shoulders with some of the best minds in the game industry, and much more.

Gen Con 50 is the perfect place make some exciting new games available to the public for the first time. Swing by and be among the first to snag these great games:

Bruno Faidutti and Anja Wrede’s Junggle takes players on a safari through five exciting mini-games. Each game uses the same deck of cards and the animal wheel, which shows that each of the seven animals is scared of the animal immediately before it on the wheel. Using the relationships established by the animal wheel, each mini-game makes use of different mechanics and systems. You might frantically flip cards in search of the animal that isn’t scared of the others, push your luck to collect as many animals as you can, or bluff your way to victory. Stop by, learn how all the animals manage to coexist together! 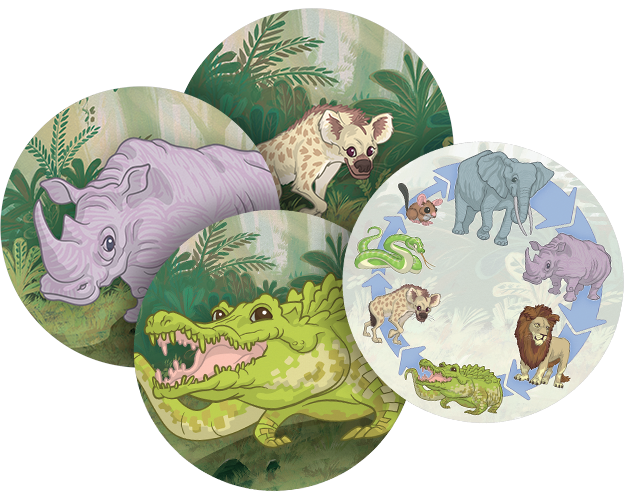 Challenge your mental acuity with this puzzling game of strategically stacking tiles! In NMBR 9, players must figure out how to best manage each game’s random sequence of tiles to score the most points. Each tile covers a different amount of space and a solid foundation is necessary to get your tiles to higher levels, where they will score the most points. With everyone adding the same tile to their stack each round, whoever finds the most ingenious way to stack their tiles will win!

Designed by Richard Garfield, SpyNet requires clever play and careful coordination as players take command of spy agencies seeking to dominate the world of covert intelligence. Working alone or as a team, they use whatever means they can to recruit the best agents and deploy them to complete high value missions. Most agents help players dominate the four branches of espionage while specialists help to shift the balance of power. The best spymasters will gather as much information on their opponents as they can and pick the perfect moment to strike. 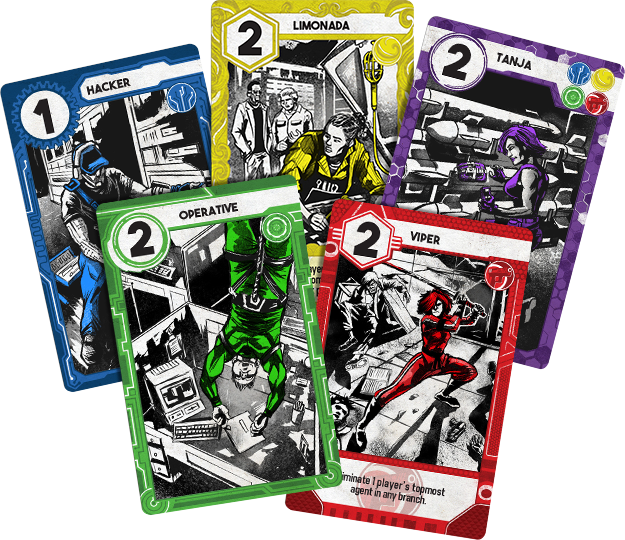 In addition to these great games, we’ll be showing off many announced titles that are coming to stores later this year. Come get a glimpse at some of our exciting future releases!

Step inside the quarantine tent for a top secret look at the follow-up to one of the highest rated board games of all time! This spoiler free preview introduces you to the game’s basic mechanics while offering tantalizing hints of things to come. Create your own character and enter the havens, floating stations far out in the oceans. From there, you’ll be asked to maintain supply routes to the few cities remaining on the mainland with the ultimate goal of establishing more permanent supply centers. But be wary of the plague. Any exposure to it could have permanent repercussions…

In Smile, players compete to accumulate the collection of cute critters by luring them out with a collection of fireflies. But be careful as some critters are more devious than others and deduct points from your score. You must decide when it’s best to commit your fireflies to attracting a critter and when to let others catch them. In the end, you’ll be surrounded by cute critters no matter what you do. Play cleverly enough to make sure the you’ve lured the best ones! 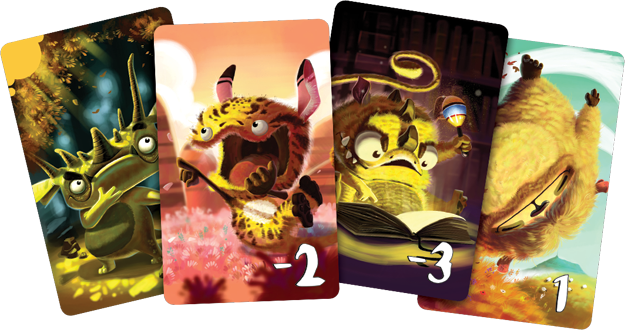 This highly anticipated cooperative strategy game calls upon you to take control of one of the few remaining heroes and defend a mighty fortress from a massive horde of monsters. Taking inspiration from extremely popular tower defense video games, Bastion subjects players to an unrelenting stream of attacks. By channeling magical sources within the city’s districts, defense towers, and citadel to gain mana, you will work together to ward off these attacks. Tap into this ancient magic and make your stand. You are the city’s last hope. 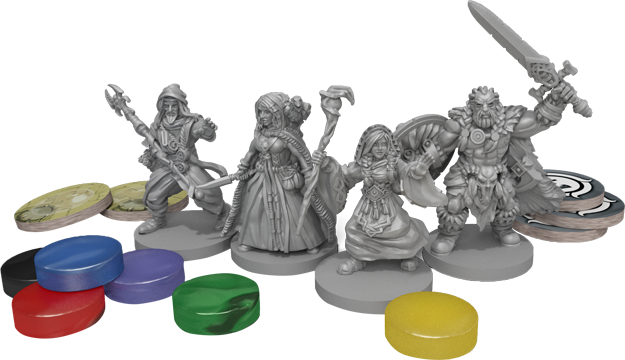 Majesty: For the Realm

From Marc André, this game puts you in the shoes of a medieval king or queen seeking to have the most powerful kingdom. Luckily, you have plenty of subjects that you can put to work contributing to your legacy. Your people will grow food, and provide other needed services to score points, but make sure that you take care of your peoples’ defense by training guards and warriors. By properly managing these subjects and making use of their respective buildings, you will build a glorious kingdom that will go down in history. 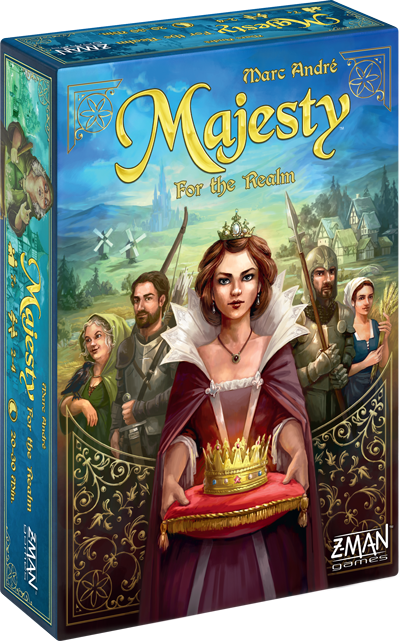 The stars are yours to explore in this follow-up to the smash hit Terra Mystica! During a game of Gaia Project, players compete to colonize the galaxy and develop their faction more successfully than their opponents. Before you can claim new planets, however, you must transform their environments to meet your faction’s unique needs. Doing so will help you generate new resources that can be invested in new structures and technology. Each advancement will help you reach farther into the cosmos and secure new territory, but it’s ultimately up to you to decide which path to take. In the end, the most advanced faction will dominate the galaxy. 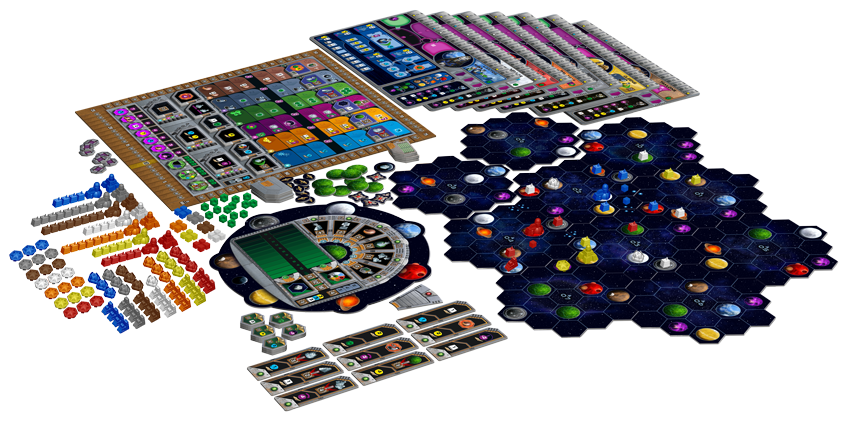 On top of our lineup of new and upcoming releases, we’ll also be running demoes of a number of games from our catalog. From old classics to exciting recent releases, stop by to get a taste of the best of what Z-Man Games has to offer! Demoed games include:

Experience this modern classic in all its glory! At Gen Con 50, we’ll be combining the old with the new by demoing Carcassonne with its most recent expansion, Under the Big Top. Now, as you build the landscape of Southern France one tile at a time your meeples can experience the wonders of the circus. Encourage the people to step right up and take in the wonders of the exotic animals in the big top, or have them gaping in awe at the death-defying stunts of the acrobats. Come take in the new layers of excitement that Under the Big Top adds to Carcassonne!

Vie to become the King’s new Master Builder in this classic card game from Bruno Faidutti. To prove your outstanding qualifications for this coveted post, you are tasked with constructing the most beautiful city possible. Draft characters each round who will help you further your city —or sabotage your opponents’ efforts. First released in 2000, Citadels is now considered one of the greatest card games of the modern era. This deluxe edition includes districts and characters from the original base game and its Dark City expansion, as well as premium components. Plot, scheme, and deceive your way to the top as you attempt to predict your opponents’ moves and foil their plans! 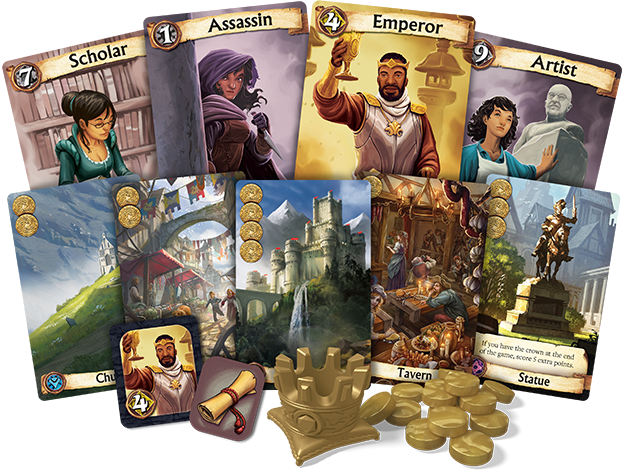 A Feast for Odin

Experience the Viking way of life in this epic game from acclaimed designer Uwe Rosenberg places you in command of your own band of Vikings seeking wealth and glory. Trade with your neighbors, hunt animals to feed your hungry Vikings, or explore new territory and raid the villages you find there.  As your village grows, you’ll unlock even more options giving you a wide array of choices to accomplish your goals. Blending elements of worker and tile placement games with an intriguing puzzle element, A Feast for Odin lets you write your own saga! 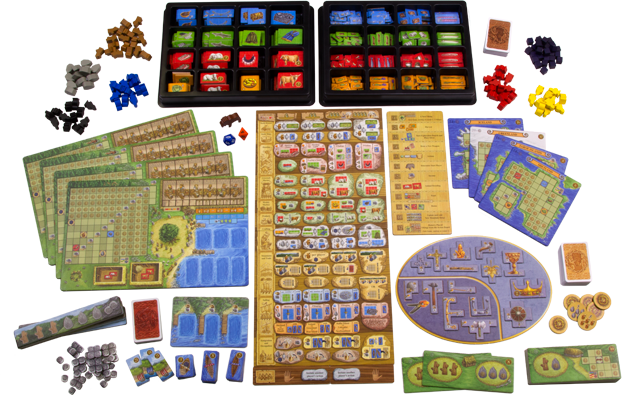 First Class invites you to return to a time when rail travel was king and only the most luxurious trains can meet the tastes of Europe’s elite. In this game, you guide a pair of train lines from humble beginnings into rivals of the fabled Orient Express itself. Your trains will gain prestige as you add new cars, upgrade those cars to attract wealthier clientele, extend your lines further east, and more. Blending elements of board and card games, First Class is a unique and dynamic experience that changes with every game. Step back in time and become a railroad baron! 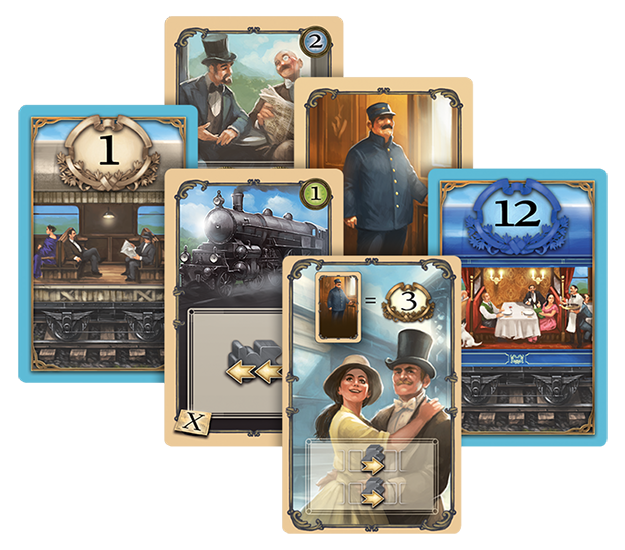 The cooperative classic that launched a franchise! Four diseases are rapidly spreading across the globe and your team is the only thing standing in their way. To avert global disaster, you’ll have to race to treat hotspots while working to develop cures. You have an array of tools available to you to meet your goals, from helpful event cards to your characters unique abilities. No matter what, though, you’ll have to work together to keep outbreaks in check and find the cures before time runs out. The fate of humanity is in your hands. 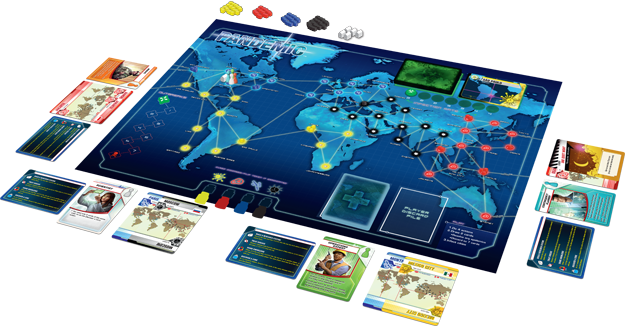 Curing diseases comes down to the roll of the dice in this standalone, dice-based version of the classic cooperative game. Here, each character has both a unique ability and a set of dice that determine the actions you can take each turn. You’ll need to use each of them as best you can to remove disease dice from the board before they spread into neighboring regions. Ultimately, you’ll need to collect enough disease samples to find cures and fend off global catastrophe. No matter what you roll, the world is still relying on you! 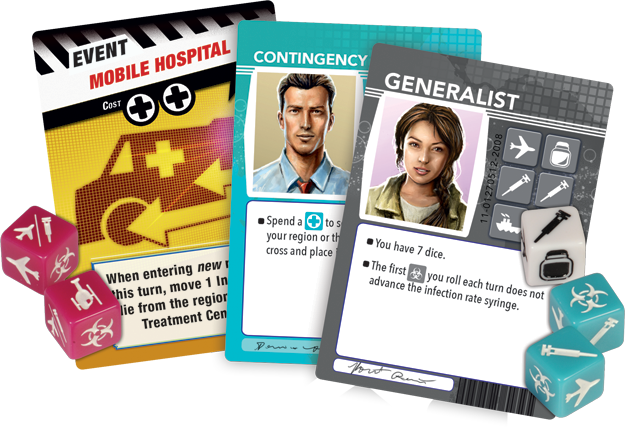 Work together to tell your own story set in the land of fairy tales! StoryLine: Fairy Tales transforms crafting stories into a collaborative experience. During a game, you’ll take turns being the narrator while the other players offer suggestions for various story elements—characters, places, objects, features, and actions—from which the narrator chooses. You’re free to expand the narrative however you want. Follow your creativity as you fill in the framework of the story with your own embellishments. More than just providing entertainment, StoryLine: Fairy Tales encourages reading and inspires creativity.

The year is 1566 and the Order of Malta has placed the first stone of what will become the city of Valletta. With construction taking place across the city, new opportunities to gain wealth and prestige are appearing every day. Blending aspects of deckbuilding and resource management games, Valletta invites players to step back in time and contribute to the construction of this powerful city. Enlist the aid of lumberjacks, stonecutters, and merchants to gather the raw materials you need to complete buildings and gain more cards for your deck. Hire the help you need, carefully manage your resources, and leave your mark on the city! 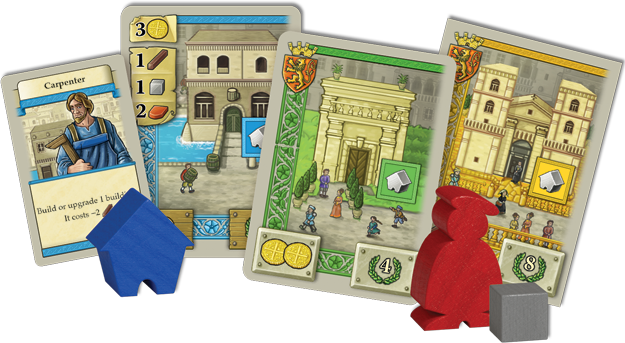 From acknowledged classics to exciting new releases, the best of Z-Man Games will be on display at Gen Con 50. Stop by and share the fun!