Announcing the Remastered History of the World

Take an epic ride through history in this updated version of the beloved classic! 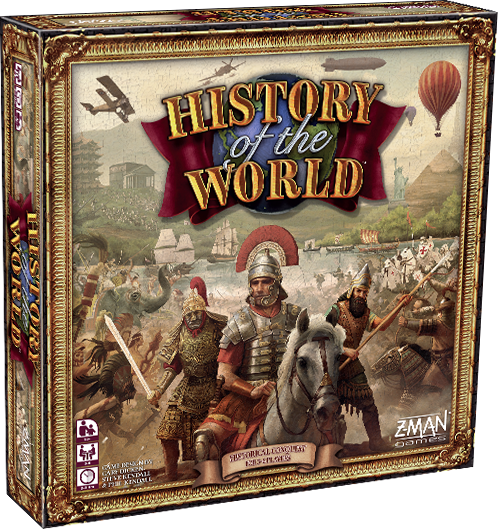 The Romans. The Mongols. The Ottomans. At their height, these empires stretched to the far corners of the known world and set the course of human civilization for centuries to come. But whether through technological advances, the rise of ambitious new leaders, or unpredictable calamities, even the mightiest of empires has eventually been brought to its knees.

Now take an epic ride through history and experience the ebb and flow of human civilization firsthand. Z-Man Games is excited to announce the upcoming release of a remastered edition of History of the World! 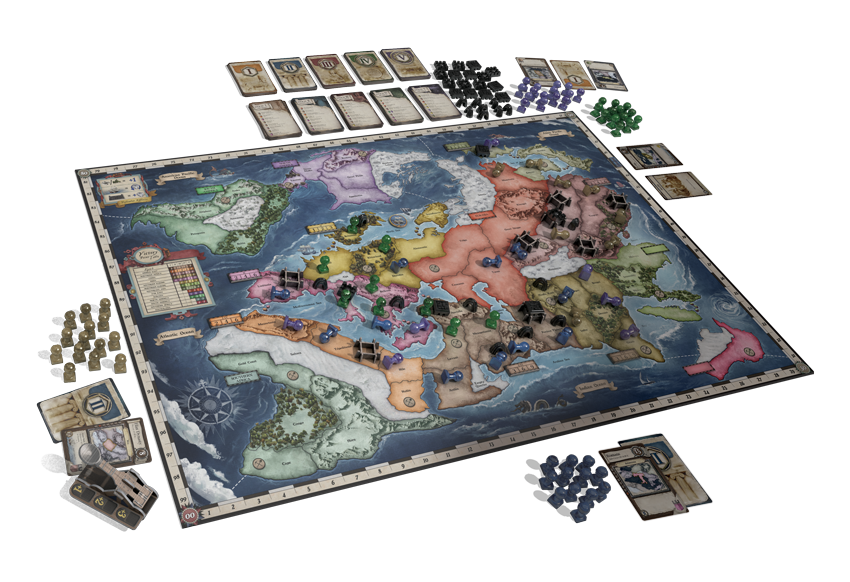 Originally released in 1991, History of the World is now widely regarded as a classic thanks to its grand scale and engaging mechanics. The game covers the dawn of civilization to the twentieth century, during which you spread your empire across globe, gaining points for your conquests. Many prosperous empires will be created as the centuries pass, but only those able to weather unpredictable calamities and score the most points will have their immortal name added to the pages of history.

The Spoils of War

The remastered version of History of the World maintains the thrilling gameplay of the original while bringing the game into the modern age with a beautifully illustrated board and gorgeous new components. These elements invite you to write your own history as you take control of new empires and seek to conquer new lands.

Each game of History of the World takes place across five epochs that give you the opportunity to outsmart and outmaneuver your opponents as you vie for control of territories.  During each epoch, you’ll marshal your armies and push them towards the edges of the known world. But be careful, as more than one civilization has collapsed due to over extending their military forces. Will you choose to send your armies into unoccupied territories, into the uncertainty of battle with other players, or will you play it safe?

Spreading your troops into new territories will score you points, but you’ll be rewarded even more if you can take sole control of the differently-colored regions on the board. With so many territories up for grabs, the road to dominating regions is paved with conflict. Opposing players will inevitably hold lands you covet and it’s up to you to invade and drive them out.

Nicole, the invader, rolls two dice while Greg, the defender, rolls one. Nicole's highest result beats Greg's, so his army is removed from the territory.

Successfully invading territories is determined by a roll of the dice, making each conflict a quick but thrilling fight for dominance. The invading player rolls two dice while the defender rolls one and whoever has the highest individual die roll wins the battle. These intuitive rules for battle present intriguing choices to the invading player. If you lose the battle, do you press your advantage and risk more armies by fighting again? Or do you push in another direction? Each battle could shift the balance of power and define the development of your empire for epochs to come.

A Tale of People

History is, above all else, an epic tale of people. Who they are, where they come from, and what makes them unique. Every great empire throughout history has had its own customs, political systems, religious beliefs, and military traditions that define it. From the Roman Senate to the terrifying Mongol horse archers, these characteristics have continued to shape how we view these civilizations into the present day. 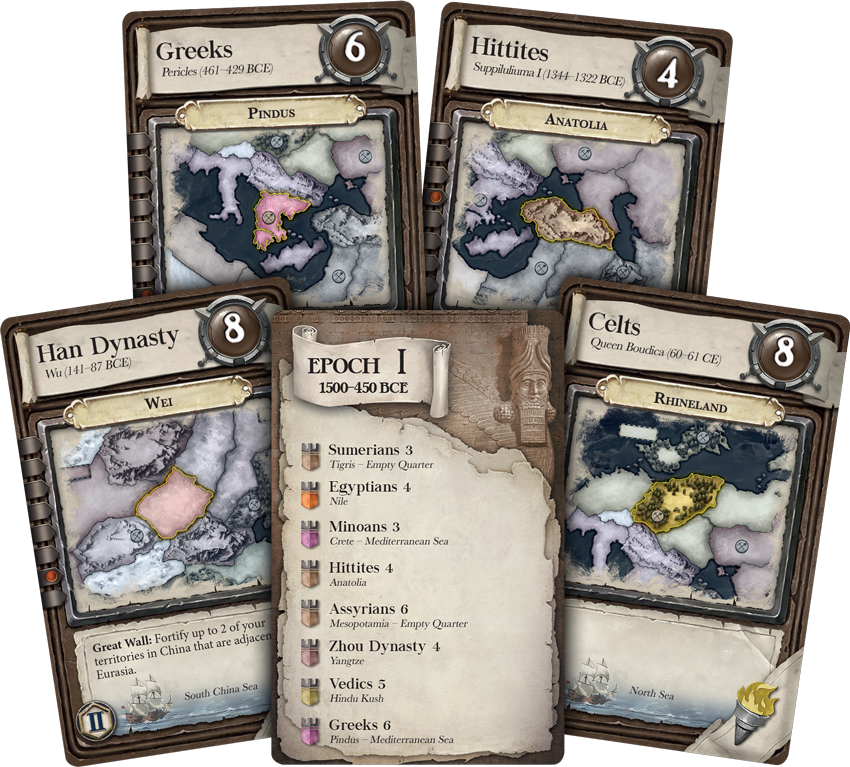 You will rewrite history every time you play History of the World by taking control of one of forty historical empires during each of the game’s five epochs. At the beginning of each epoch, the players secretly choose the empire they will control during that epoch, with each empire having its own attributes and strategic considerations.

Most prominently, empires have a varying number of starting armies and begin the epoch from a starting territory. These factors determine both the reach of your empire and the part of the world you are focusing on during that epoch. The Egyptians, for example, have four armies for the epoch and begin their turn in the Nile, giving them a foothold in Northern Africa and easy access to the Middle East. 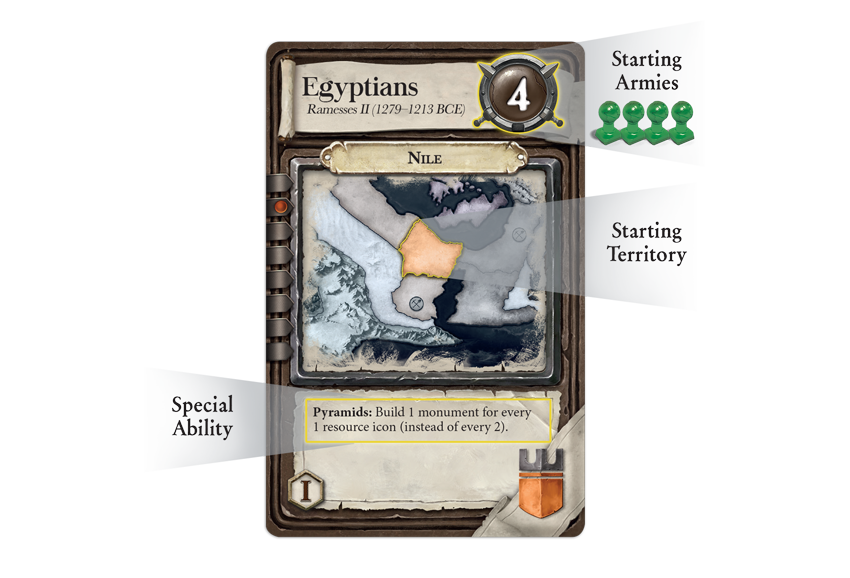 But empires are about more than just their armies and geographic location. They also have unique abilities that can help advance your strategy. These abilities give players even more options on their turn beyond simply invading new territories. Returning to the previous example, the Egyptians are especially adept at building monuments, allowing them to put up the structures much more easily than other empires. If they can secure territories with the resource icon, that is. The player best able to make use of their empire’s unique traits sets themselves up for success in later epochs.

Write Your Own History

Time is the enemy of every empire. Etch your name in the annals of history with History of the World!

Enter the fray and build an empire that will be remembered forever. History of the World is scheduled to be released later this year. Head to your local retailer to pre-order your copy today, or you can place your pre-order through Z-Man Games .