A Cup of Tea

Preview the Tea & Trade Expansion for Fields of Arle

Life in East Frisia has never been easy. Constantly buffeted by winds from the North Sea, this isolated region in the northwestern reaches of Germany also has to deal with the ongoing threat of storm tides. Even worse, East Frisian history is marked by fierce feuds between numerous peoples seeking to control the region. 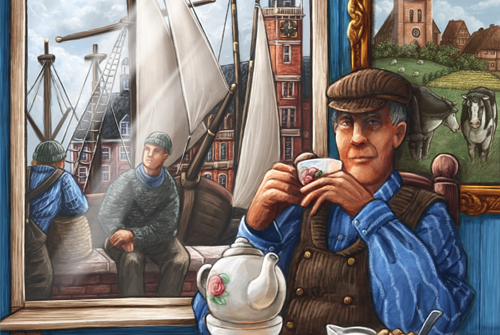 Throughout it all, however, East Frisians have been able to develop a robust and peculiar culture wholly distinct from other parts of the country. Fields of Arle celebrates the history and culture of this unique region, inviting players to participate in the peaceful pastimes of craftsmanship and agriculture that are pillars of the East Frisian way of life. Set around the year 1800—a time of great change and prosperity in East Frisia—the game allows players to experience four and half years as flax farmers near the small town of Arle. Toiling the land, players must capitalize on every opportunity they can as the summer gives way to winter and their options shift.

The upcoming Tea & Trade expansion broadens the game’s scope to include a third player and incorporates many important aspects of the vibrant East Frisian culture. Today, we take a closer look at dimensions these new elements add as you explore East Frisia and beyond.

The dawn of the 19th century was a time of great economic improvement in East Frisia. In addition to an increase in peat and brick production on former moorlands, prominent ports such as Emden were major shipping centers that also provided the country with a healthy supply of fish.

These ports take on a significant role in Tea & Trade. The expansion gives each player a Harbor Board that opens new actions and possibilities. Here, you can build Fishing Cutters to harvest the bounty of the sea or sturdy Trading Ships that cross the ocean and exchange goods.

In our announcement, we outlined the Fishing Cutters’ ability to generate additional food by leaving their spaces uncovered. Likewise, Trading Ships have their own unique traits that make them a sound investment. You can send each of your Trading Ships to several locations across the globe to acquire goods that will fuel more projects and profits around your farm. 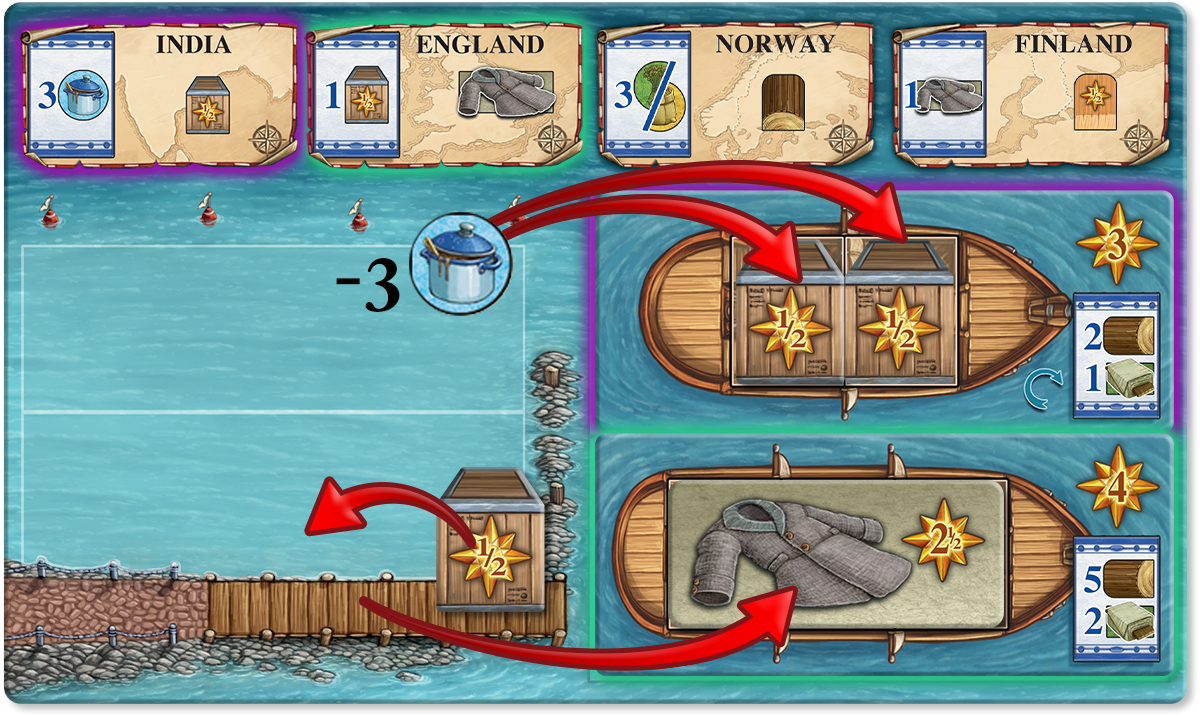 If you send a Large Trading Ship to England, for example, you can pay one Tea to place one Winter Wear on that ship. Trading in this way is a good way to convert smaller goods into larger, more valuable ones, helping you amass the victory points needed to win the game. But it also has other uses. Chiefly, it is a good way of obtaining East Frisia’s beverage of choice.

In a country dominated by beer and coffee drinkers, tea has a very special place in East Frisian culture. There are four tea times a day here, and East Frisians prefer strong black tea that makes them feel cozy and warm. Tea is such an important part of life in East Frisia, in fact, that it pervades many aspects of Tea & Trade. Sending a Trading Ship to India and paying three food allows you to fill the ship with tea. 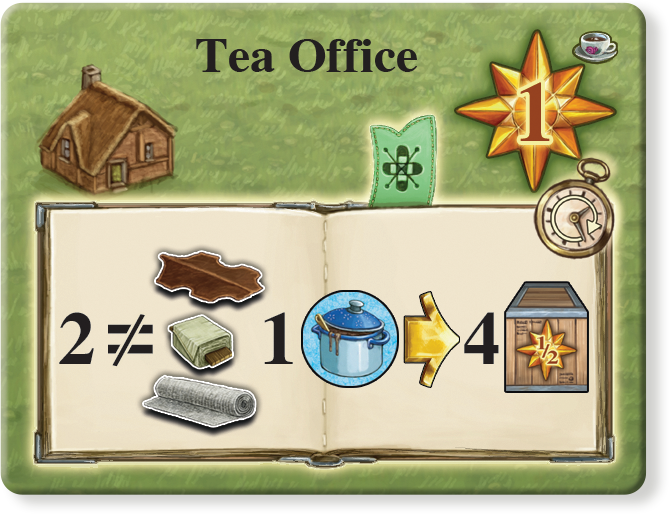 Additionally, several of the new buildings included with the expansion focus on obtaining tea. The Tea Office, for example, allows you to exchange two different Fabrics and one Food for four Tea. With so much work to do on the farm, tea can be a valuable resource, invigorating you and your workers and helping them complete tasks more efficiently. This tasty beverage allows you to take Actions as though your Tool Indicator were one space further to the right, allowing you to gain more resources. 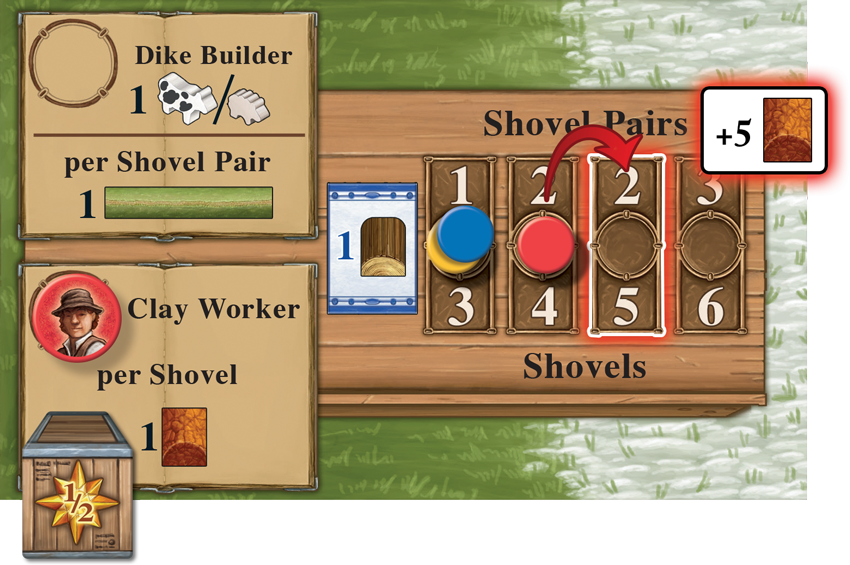 The red player spends one Tea while using the Clay Worker, allowing them to get five clay instead of four.

But not all tea is created equal. To get the most out of your tea, it should be upgraded to higher quality East Frisian Tea. You can do this by loading regular Tea on vehicles, or you could build the Tea Factory, which grants you a whopping five East Frisian Tea when you use it. East Frisian Tea doubles the effectiveness of Tea, allowing you to take an Action as though your Tool Indicator is two spaces further to the right.

Furthermore, East Frisian Tea has effects beyond those of regular Tea. You may pay two of it to take an Action twice. With such potent effects, it’s no wonder tea is the East Frisian beverage of choice!

On the North Sea

The people of East Frisia have seen their share of hardships. Despite everything, though, they maintain positive outlook on life. Come join them, grab a cup of tea, settle in, and get cozy with the Tea & Trade expansion for Fields of Arle!

Join the East Frisians and their love of tea. The Tea & Trade Expansion is set to be released in February. Head to your local retailer to pre-order your copy today, or place your pre-order through Z-Man Games .