Head back to The Strip and become the next casino magnate

We are pleased to announce that today the former Mayfair line, Lords of Vegas, is joining our catalog! We are selling the existing Mayfair Games stock of the base game and the UP! expansion, so if you’ve been waiting to get your hands on them, we’ve got you covered. 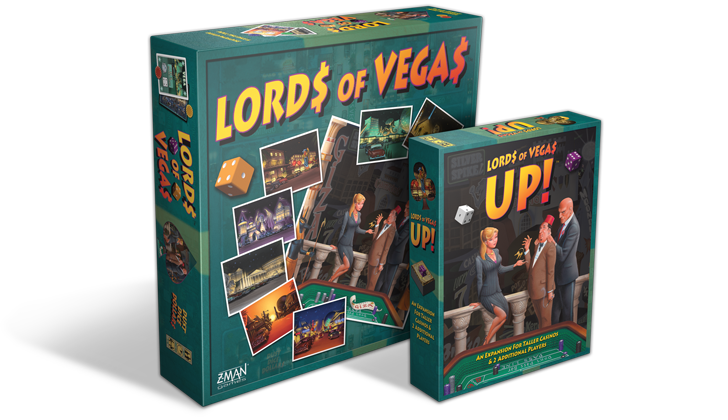 In Lords of Vegas, players are competing casino owners seeking to hit the jackpot in a gambler’s paradise. Set in the era of Las Vegas’ postwar boom, you’ll build casinos along the strip, helping the city go from its promising fledgling potential to its modern, full-fledged state. With careful planning, wise investments, and a bit of luck, you’ll end up as the reigning lord of Vegas!

“We’re very excited to welcome Lords of Vegas to the Z-Man catalog,” says Steve Kimball, Head of Studio at Z-Man Games. “It’s been incredibly satisfying for me to interact with Mike and James as I’ve always personally admired their work from afar, and I’m looking forward to not only support Lords of Vegas, but potential future opportunities as well.” 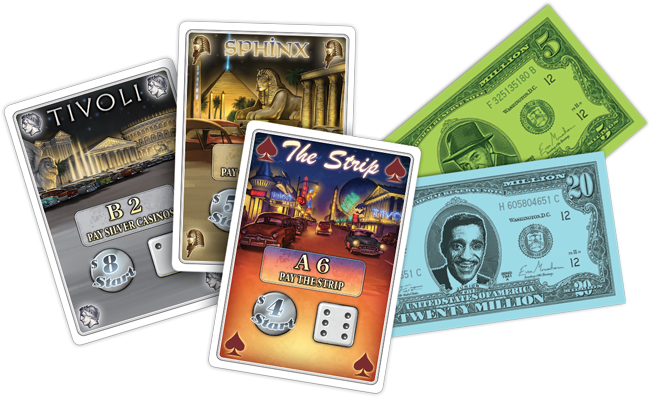 “James and I are thrilled to have Z-Man continue the legacy of Lords of Vegas,” says Mike Selinker, the president of Lone Shark Games and co-designer of Lords of Vegas. “When we were presented with the opportunity, many people from Asmodee and Z-Man told us how much they loved and played the game. So it was a no-brainer. We think our fans will like what Z-Man plans to do for Lords of Vegas in the coming years.”

Prepare for the Underworld

“When Mike and I created Lords of Vegas, it had more of an organized crime theme,” says James Ernest, co-designer of Lords of Vegas. “You weren't really the owners of casinos, just connected into their systems at the highest levels. This is why it makes sense that you only have nine employees in a city-block sized casino. Some of that theming disappeared as we worked on it, and some of it just didn't apply, so the game we made had nearly all of the criminal themes removed. Underworld is our chance to reintroduce the mobsters who have always been a part of the story of Las Vegas, using a new set of cards that add twists and turns (and loan sharks!) to the game.”

The Underworld expansion is still in development, and as the game nears its release we’ll begin showing preview articles and more updates.

For now, be sure to pick up Lords of Vegas and the UP! expansion from our webstore or your local retailer. Will you play your cards right and take your place as the lord of Vegas?