Create Your Empire and Write a New History

Since the dawn of civilization, empires rise and fall. Will your empire be the last one standing? 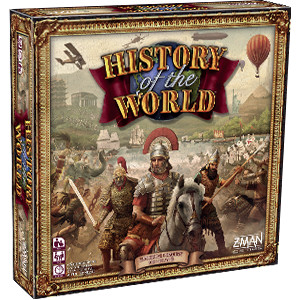 History can be whatever you want it to be in the beautiful remastered version of this beloved classic. Pre-order your copy of History of the World from our website or your local retailer. Rally your soldiers and claim new territories!

Throughout history, civilizations have spread and conquered, establishing vast empires. An empire can’t last forever though. Technological advances, the rise of new leaders, or natural calamities have taken down even the mightiest of empires. Select your empire carefully in each era. Will you choose the larger army or the ability to conquer first? 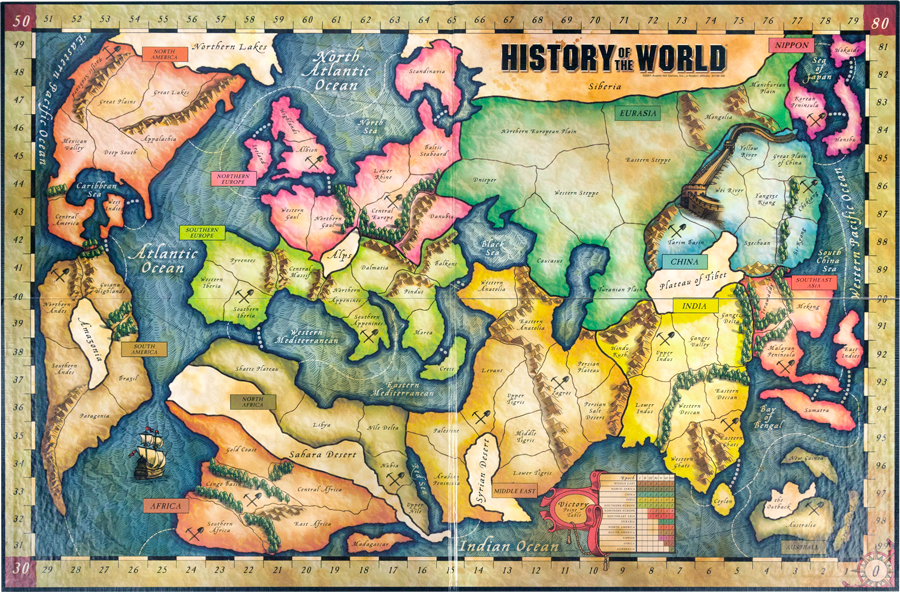 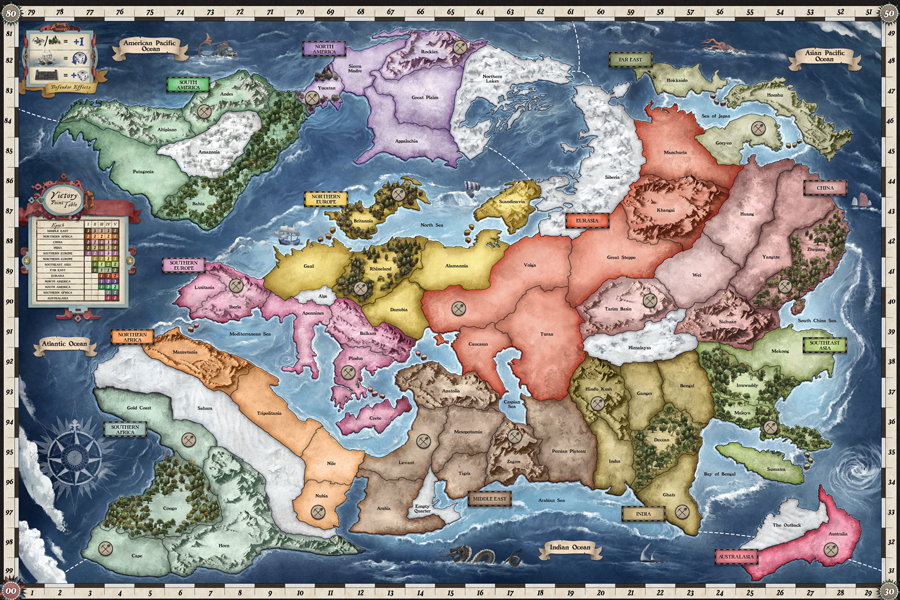 In this remastered edition of History of the World, a vibrant new map makes conquering the world easier than ever. The map is divided into thirteen brightly colored regions. Spreading your troops through the regions and claiming territories will score you points, but you’ll earn even more if you have sole control of the whole region. 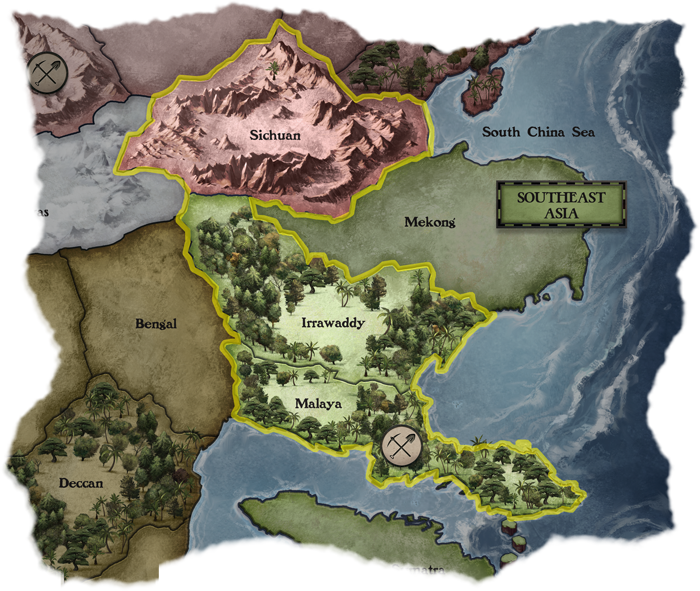 No empire is ever established without some conflict. Opposing players will lay claim to desirable territories. Your army can invade and drive them out, but some territories are harder to invade than others. Territories with mountains or forests make for tough terrain for a battle. The defending player will get a bonus (+1 to their dice roll) against the invaders struggling through the thick forest or tall mountains.

“The battlefield is a scene of constant chaos. The winner will be the one who controls the chaos…” – Napoleon of the French 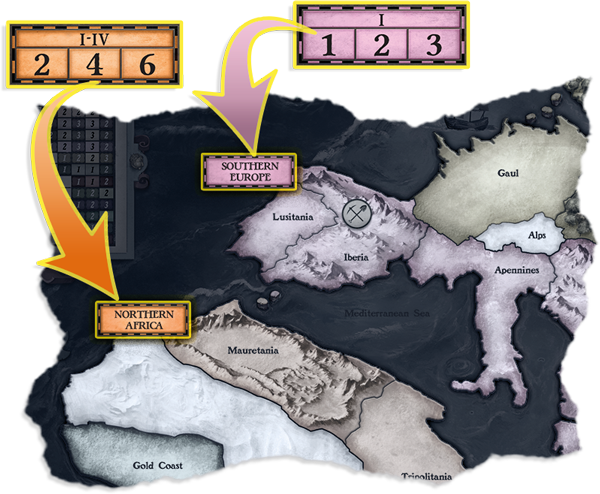 Certain regions are hotly contested for their resources. In History of the World, you have the chance to conquer these rich regions. The Middle East quickly becomes an area of interest, starting out with the highest value of points in epoch I, but other regions like Northern Africa and India start with high points as well. Will you spend your forces fighting for a foothold in the Middle East or will you travel to less contested territory? The spoils of war could be yours if you are willing to take the risk.

With each epoch, regions will become more valuable. Keep an eye on the victory point table on the map to plan your potential moves in advance. Conquering the most valuable regions can lead to victory. Each region token has three point values on it. Players claim these points with presence, dominance, or supremacy in a region. 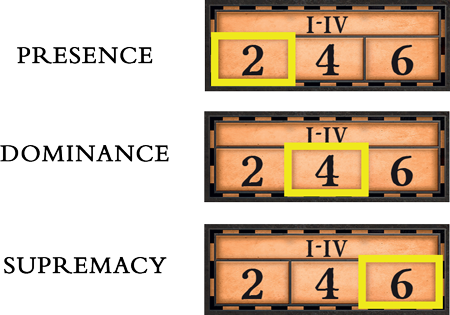 Presence: While gaining supremacy of a region will give you the most points, having a presence in multiple regions can be lucrative. If at least one of your army pieces is in the region, you add the left number on the region token to your score.

Dominance: If your invading forces ventured further, you may have dominance of that region. If you have at least two armies in the region and those armies total more than each individual opponent, score the points for dominance.

Supremacy: If your invading forces rushed in, laying claim to everything before them, you can score for supremacy. If you have at least three armies in a region and no opponents are there to contest your claim, you reign supreme.

Assemble your armies and spread across the world creating vast new empires. What new story will you write? Pre-order History of the World today!