Expand the world of Carcassonne with the eighth expansion

Connect blocked paths, transform small cities, and bid on tiles in the eighth expansion for Carcassonne, the classic tile-laying game. Pre-order your copy of the expansion from our website or your local retailer! 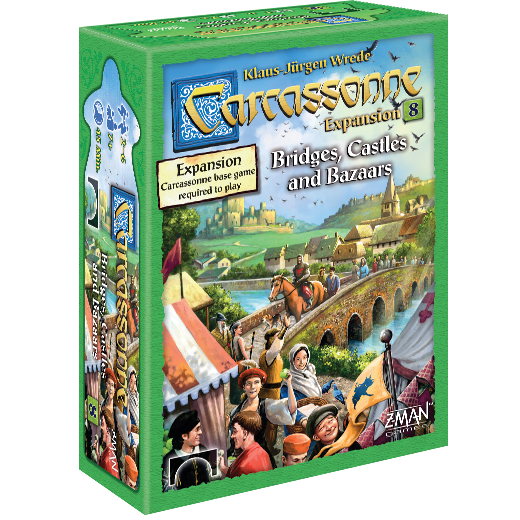 The road ends abruptly at the edge of a grass field. A rushing river splits the field in two, and there doesn’t seem to be a way to cross it. You pull out your tools and start to build a bridge, determined to cross to the other side and continue your journey.

The city was a small one, not like the massive sprawling city a few roads over. Transforming the small city into a grand attraction would require something monumental. A grand castle would do the trick.

Building a castle and planning ahead for the future of the realm can get you more points—after all, a castle is only as valuable as its surroundings. After transforming a city into a castle, claim the points from the next neighboring feature to score.

Voices shout, calling out prices and bids as you enter the bazaar. The tent flap closes behind you, enclosing you in a loud, bright world of people and items. You spy a few intriguing wares on the stand at the end of the aisle and hurry forward. The announcer asks for final participants and the auction begins!

When you play a bazaar tile, you must host an auction. Draw tiles equal to the number of players. Players then have the opportunity to bid points to try and claim the most advantageous tile for themselves. Once a player has claimed a tile, they are out of the auction but can place the tile and score it right away. The auction continues and the remaining players bid to claim the next advantageous tile until all players have claimed a tile. 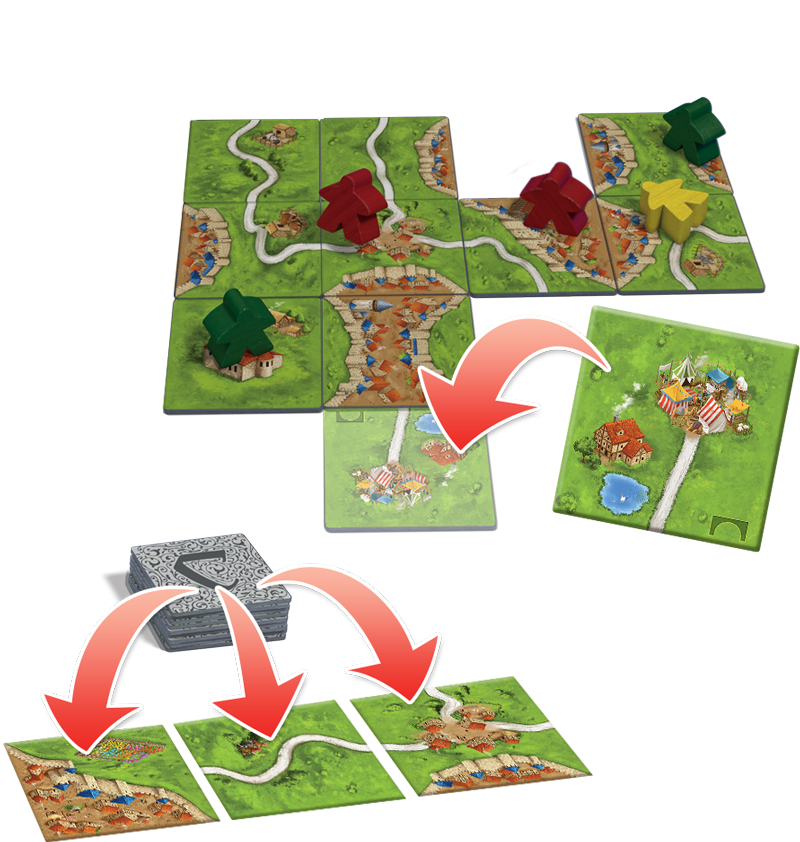