1 November 2019 The Voyages of Marco Polo

Announcing Marco Polo II: In the Service of the Khan 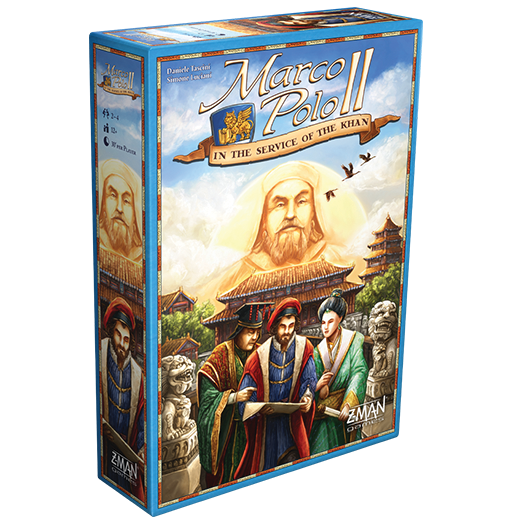 Order Marco Polo II at your local retailer or online through our website today!

They knelt before him and made obeisance with the utmost humility. The Great Khan bade them rise and received them honorably and entertained them with good cheer. He asked many questions about their condition and how they fared after their departure. The brothers assured him that they had indeed fared well, since they found him well and flourishing. Then they presented the privileges and letters which the Pope had sent, with which he was greatly pleased, and handed over the holy oil, which he received with joy and prized very highly.

—From The Travels of Marco Polo

Marco Polo set out from Venice in 1271 and spent the next twenty-four years traveling and proving his skill as a merchant. Seventeen of those years he spent in China as an ambassador of Kublai Khan, embarking on missions throughout the Mongol Empire and seeing parts of the world most Europeans could scarcely imagine at the time. Will you continue the legacy of one of history’s greatest travelers?

Retread old paths or find new ones in Marco Polo II: In the Service of the Khan, the epic standalone follow-up to The Voyages of Marco Polo. Preorder your copy here or at your local retailer and travel to the farthest reaches of the empire to seek your fortune.

Embark on a New Voyage

Marco Polo’s first journey took him from Venice all the way to China, where he was highly favored by the Khan and purportedly worked in his employ for 17 years. Follow in his footsteps and explore the vast Mongol Empire establishing trading posts, completing contracts, and building a legacy of wealth and fame!

Throughout the game you’ll take turns placing dice and doing actions. Maybe you’ll consult the Books (previously the Grand Bazaar) to acquire camels and goods like pepper, silk, and gold, plus a valuable new resource: jade. Jade can be used to pay costs in lieu of camels and coins, providing extra flexibility to barter for what you need. Some offers on the Books will change from round to round, varying what’s available, so act decisively to obtain the right combination of goods to fulfill lucrative contracts. 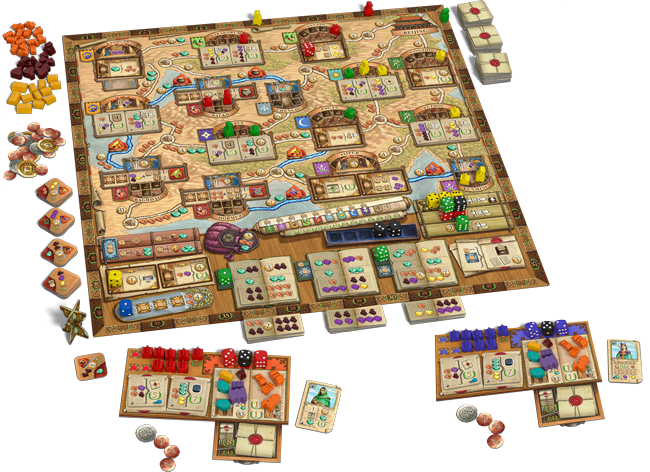 Once you’ve got the proper resources, set out from Beijing to seek your fortune! Traveling will cost you a combination of goods, coins, and camels, but it’s worth the expense to expand your network of trading posts, gain key bonuses, and take new contracts.

The Great Khan has given you your mission, but those aren’t the only credentials you’ll need. Membership in the farmer’s, tailor’s, spicer’s, and jeweler’s guilds will give you valuable access to otherwise inaccessible routes on the map. Plus, upgrading your guild seals will provide bonuses every round and extra points at the end of the game.

Along with new components, contracts, and actions come a whole new cast of characters whose special abilities will help you get ahead in your mercantile endeavors. Perhaps you will play as Möngke Khan, who can move past oases as if they were not there, or Isabella Donati, who receives bonuses of coins, camels, or victory points each time she rolls a die. Play as the pair Mailin and Tian Chin and split your movements across the board between the two of them, in addition to receiving some extra round bonuses. 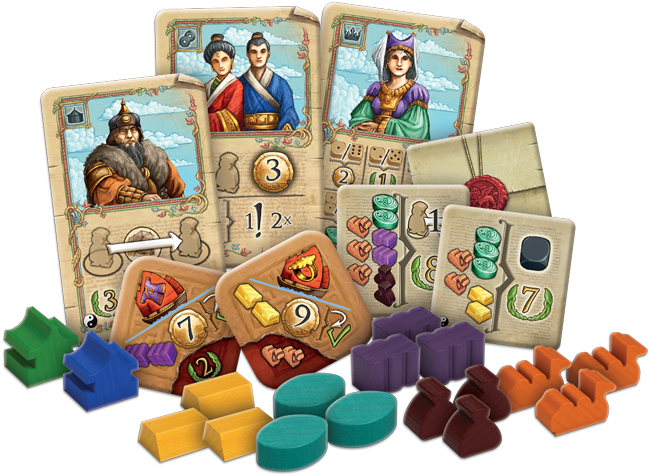 Whether you’ve played The Voyages of Marco Polo dozens of times or have never once set foot on the Silk Road, new players and veterans alike will find a unique challenge in Marco Polo II: In the Service of the Khan.

Embark on a new journey in Marco Polo II: In the Service of the Khan when it releases in 2020! Preorder your copy here or head to your local retailer.