In 2008, Z-Man Games published a new title, developed by Matt Leacock, that tasked players to team up as an elite disease control unit. Together, they used their character’s special abilities to find the cures and eradicate four deadly diseases that had spread across the globe. Now, 13 years later, Pandemic has sold over 5 million copies worldwide.

In the decade and more that Pandemic has been giving players the hope that teamwork can overcome any challenge, it has grown into an entire universe of expansions, spin-offs, and more, all based on the brilliant system Matt Leacock created. Since its release, the Pandemic series has won multiple awards, and the base game has sold, as of this article, over 5 million copies worldwide. 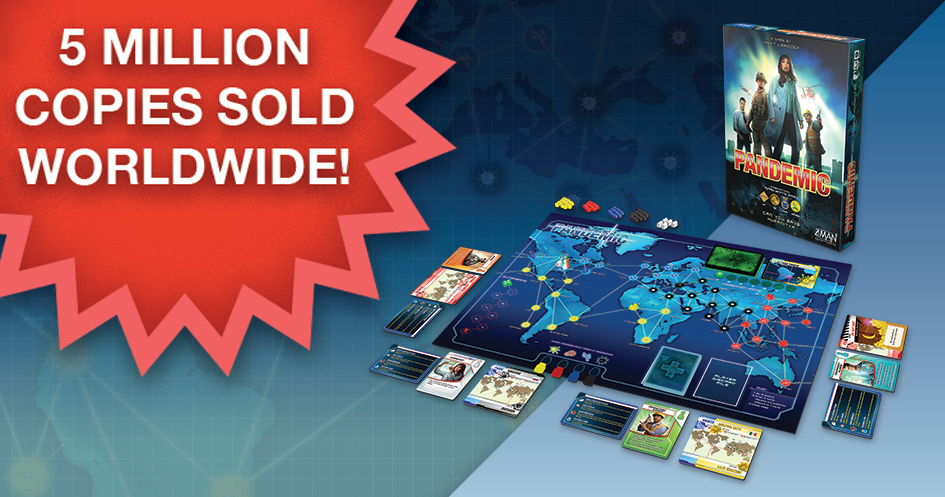 To celebrate this accomplishment, Z-Man Games is holding a giveaway. From December 6-10, you’ll have a chance to win a bundle of FIVE Pandemic titles! They are:

That’s right! Five full Pandemic games to add to your collection. At the end of the giveaway period, we will pick five winners to receive the bundles.

Over the years, the Pandemic series has seen many gameplay and story telling innovations through its evolution. However, one thing always remains the same. Teamwork and cooperation are the keys to success. Together we are stronger.