Hold off hordes of rats carrying the black plague with knights, witches, peasants and kings.

The Black Death has reached Europe and it’s up to you to save your people. In Rattus: Big Box players work to keep their populations alive while settling the various regions of Europe.

Using peasants you can increase your population, while monks are able to keep the rats away. Your merchants will pick up and flee when the plague starts to encroach on them and your knights spread the disease to new areas. Fiendish witches use magic to control the spread and the kings simply avoid the Black Death by staying in their lofty castles. Make no mistake, the plague does not discriminate. 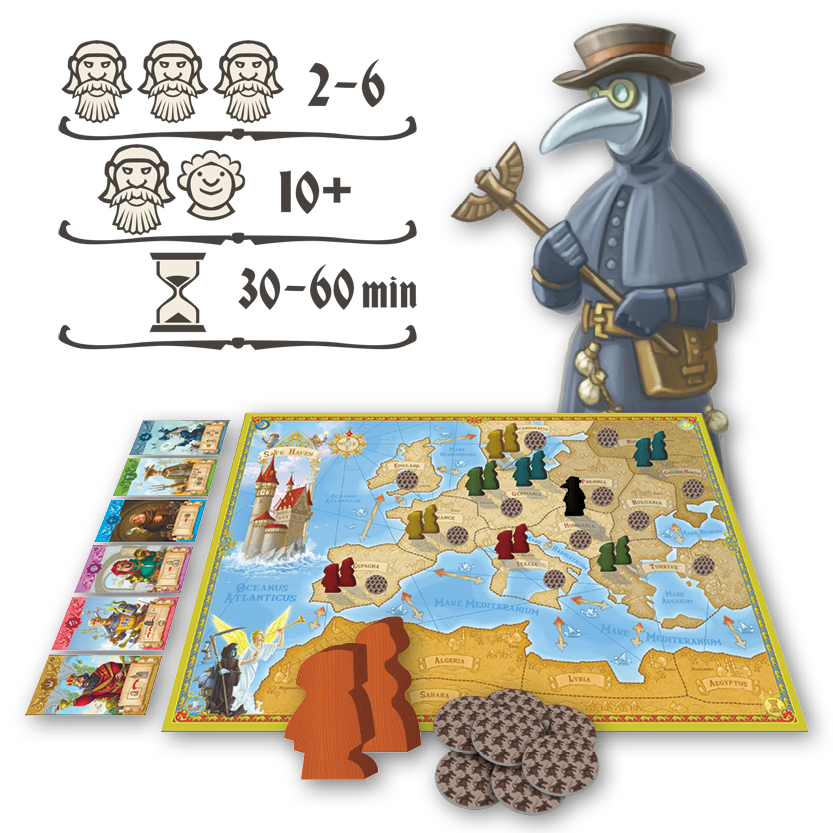 Rattus: Big Box comes with its 3 expansions: Pied Piper Expansion, Africanus Expansion, and Academicus Expansion, which add even more roles and depth to this strategic game and allows more players to join in the fun. The big box also includes previously unpublished materials and bonus cards.

When the plague ends and the rats leave, who will be left standing?