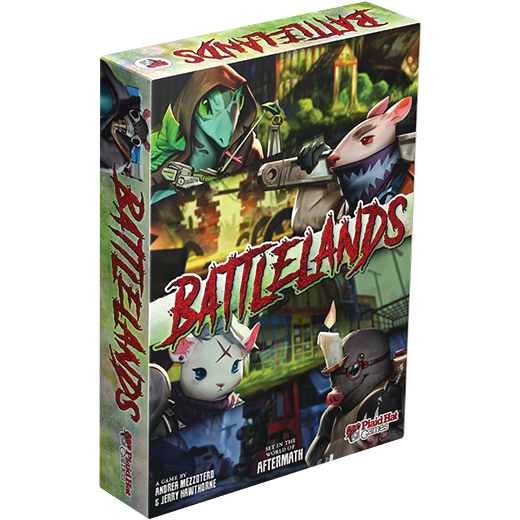 Pit your armies against your opponents' and win the most scrap through clever card play! 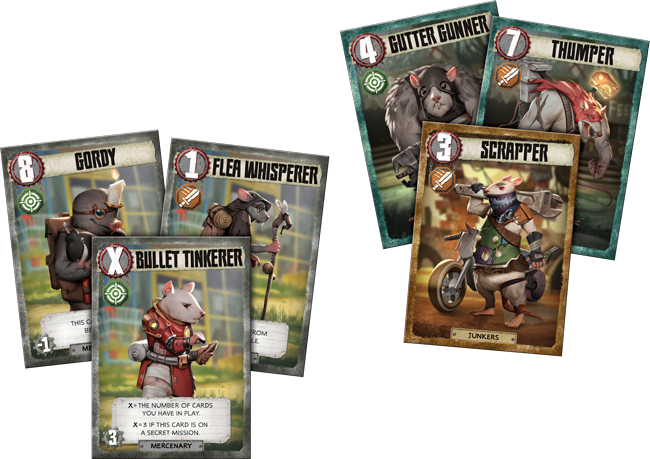 A Battle for Survival

Battlelands is set in the world of the Adventure Book Game, Aftermath, a creation of Mice and Mystics designer Jerry Hawthorne. The humans have all disappeared and now the animals must do whatever they can in order to survive. Armies of critters are pitted against each other to gain control over locations and gain valuable scrap through clever card play. The game takes place over two wars, with three battles in each war. The player with the most scrap at the end of the second war wins. 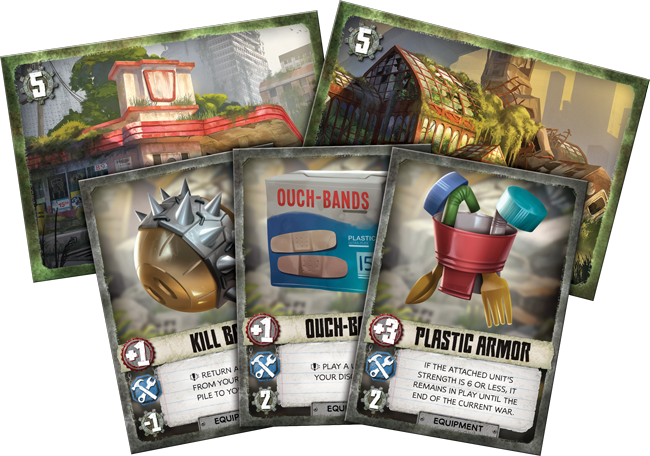 Play as the ruthless rat Junkers or the sneaky Scaled Ones. Lead the malformed Bighted sewer-dwellers, the brave coalition of Hoodies, or the Nocturne scavengers. The resources left behind by the humans are precious and dwindling, and only one faction can secure enough for victory. Utilize soldier’s special abilities to take control of the battlefield, recruit reinforcements, and attach equipment to add to your forces’ strength. Collect your faction and battle for scrap in this 3-5 player turf war! 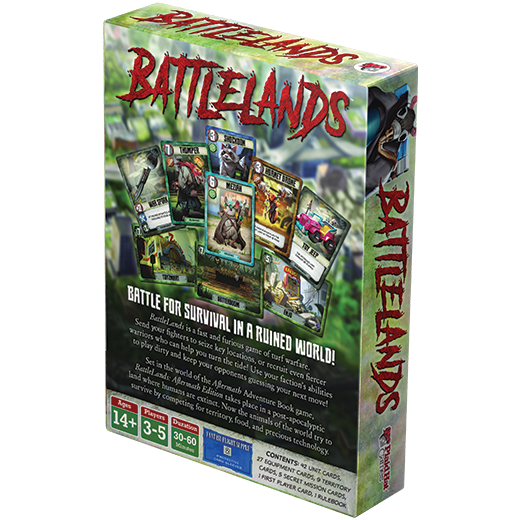