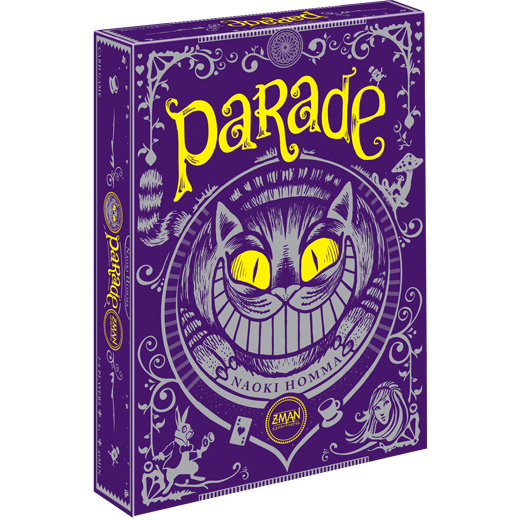 Accompany the parade through Wonderland and see how many other people you can get to join the fun! 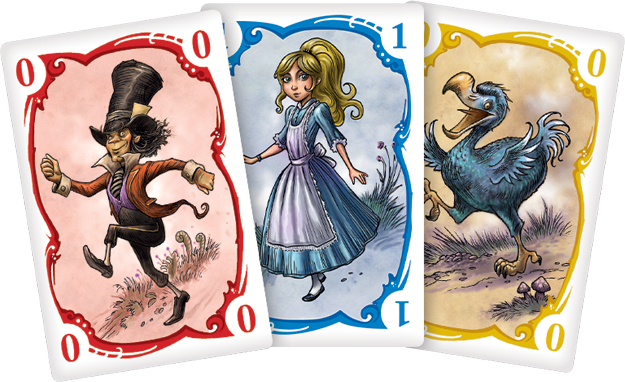 In Parade, you and the other players are organizers of the Wonderland parade, and you're each encouraging others to join in the fun. Even though the parade is a big deal, the inhabitants of Wonderland simply don’t cooperate. Everyone wants to feel unique, so if someone else shows up with the same dress or a higher rank, they complain to you. When this happens, you score points… and no one wants points in Wonderland. 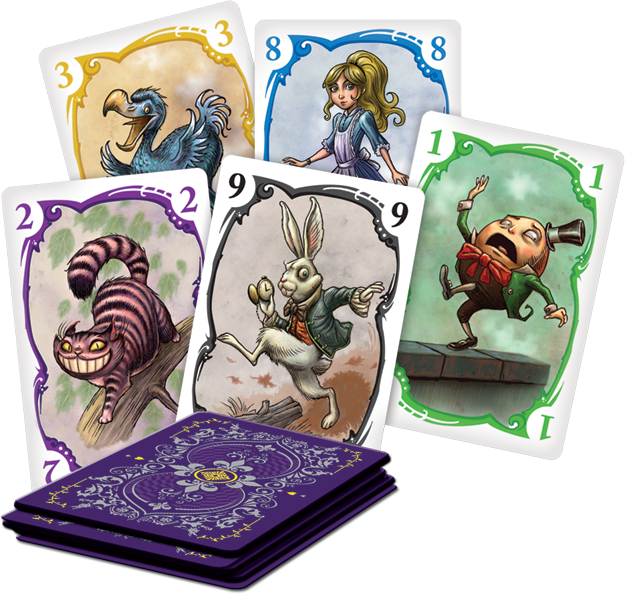 Parade is a quirky card game for two to six players, who take turns adding characters to the parade, such as Alice, the Mad Hatter, and the Cheshire Cat. But as the parade goes on, these crazy characters are likely to leave. Adding cards to the end of the parade causes some cards further up the line to enter removal mode. If cards in removal mode match the color or have a value less than or equal that of the card you just played, you must remove those cards from the parade and place them in front of you. Remember, since you want people in the parade, these cards will count against you at the end of the game. You'll need to be clever in how you play your cards if you want to keep the parade going for as long as you can! 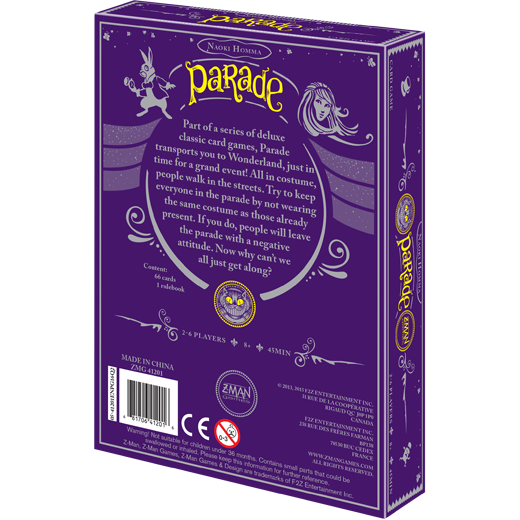